More than 90 adaptive athletes — about half of them wounded veterans — are competing in the 4th annual Working Wounded Games this weekend.
Listen now to WTOP News WTOP.com | Alexa | Google Home | WTOP App | 103.5 FM
(1/5) 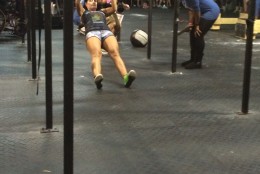 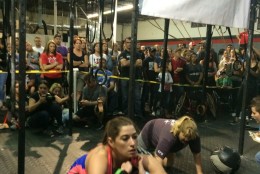 LORTON, Va. — More than 90 adaptive athletes — about half of them wounded veterans — are competing in the 4th annual Working Wounded Games this weekend.

“This is the Super Bowl or the World Cup of CrossFit events for adaptive athletes,” says Scott Rigsby, 47, a double-amputee from Atlanta. Rigsby, who is competing in his fourth Working Wounded Games, has finished in four Boston Marathons and completed two Hawaiian Iron Man triathlons.

On Saturday, friends and family gathered at CrossFit Lorton to cheer on the athletes. The atmosphere was charged with excitement as extraordinary athletes met enormous physical challenges. Missing limbs or bound to wheelchairs, the competitors pulled heavy sleds and, in rapid-fire sequences, did pushups, pullups, and lifted weights.

“I’ve always been an athlete. … I knew I was going to be an athlete again,” says Lindsay Ess, 32, of Richmond.

Ess, who is competing in her first Working Wounded Games, lost her hands and feet to septic shock caused by Crohn’s disease. She had a rare double-hand transplant and uses foot prosthetics.

“I just wanted to get back into gaining more flexibility in my hands and become an athlete and compete again,” says Ess, who has been training for eight months.

David Wallach, owner of CrossFit Rubicon in Vienna, is the founder of the Working Wounded Games. “We want these athletes to be treated exactly for [who] they are. They’re people. They’re athletes. Their drive, their spirit, their heart exceeds anybody I know,” Wallach says.

Wallach says he wants expanded opportunities for adaptive athletes, including wounded military veterans, accident victims and those born with missing or partial limbs.

“The goal would be to make what they do common in every training facility in the world because they raise the bar for everybody around them,” Wallach says.

Wallach believes spectators wind up getting inspired — and motivated to exercise.

“When you see these athletes and what they’re able to accomplish, the immediate reaction is alright it’s time for me to get to work,” Wallach says.

With grit and unflagging spirit the adaptive athletes demonstrate their strength and agility.

“I think everybody has the ability to be strong,” Ess says. 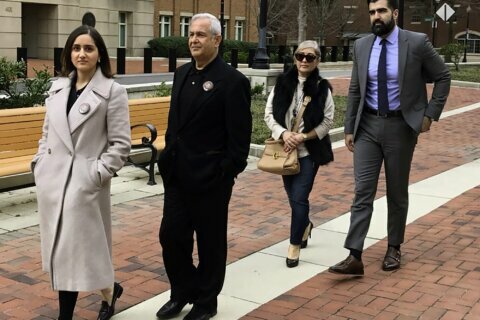 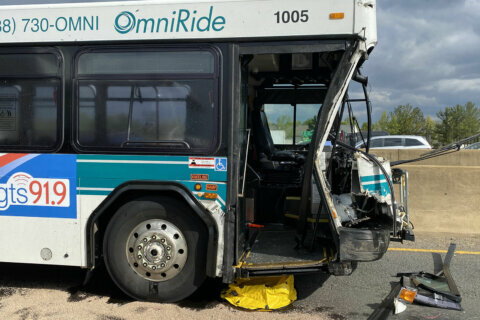 5 injured, traffic snarled as tractor-trailer crashes into OmniRide bus on I-66