Super League plans criticized in Spain ahead of UEFA meeting

GENEVA (AP) — Ahead of Super League officials meeting with UEFA next week, the expected new format for the controversial project was criticized Friday by the Spanish league.

The pending proposal for a multi-division format was dismissed by La Liga as a rehash of a Champions League reform suggested by elite clubs in 2019 and then dumped after resistance from national leagues and a broader alliance of top-tier clubs.

The subsequent Super League plan in April 2021 – for a breakaway 20-team competition with protected places for 15 founder members – collapsed within days amid a backlash from UEFA plus fans and lawmakers, especially in England.

Options for a revised format involving more clubs from more countries, with promotion and relegation between the divisions, have since been developed by Madrid-based A22 Sports Management working with Super League backers Real Madrid, Barcelona and Juventus.

UEFA declined to give more details of the meeting, which comes as both sides await a Dec. 15 update from the European Court of Justice in Luxembourg. The Super League’s challenge to what they claim is UEFA’s monopoly control was heard by the court in July.

However, the pending proposal was criticized by La Liga which has long been outspoken in defending domestic competitions whose sporting and commercial status is under threat.

“The promoters of the Super League are now preparing a model similar to the one put forward in 2019, which is still closed or mostly closed, which will destroy the national leagues and which has already been rejected by clubs and leagues in Europe,” La Liga said.

The 2019 proposal pushed by the influential European Club Association and its then-leader, Juventus president Andrea Agnelli, had some backing then from UEFA.

It would have let most Champions League teams roll over their entry from one season to the next and cut historic ties that link qualifying for European competitions to success in domestic leagues and cups.

The Super League project is back on the agenda at a time when key backers Barcelona and Juventus have reported record losses and failed to advance to the knockout stage of the Champions League. Juventus is also facing a financial investigation by prosecutors in its home city Turin. 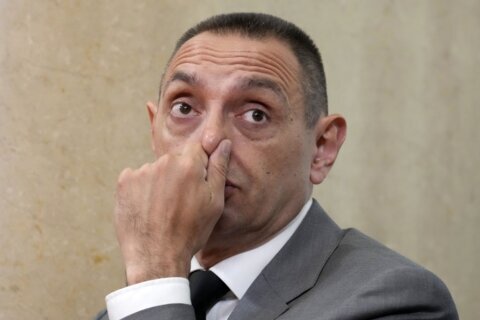