Ringleaders in massive COVID fraud extradited to US

LOS ANGELES (AP) — A Los Angeles couple who fled to Europe after being convicted of running a fraud ring that stole $18 million in COVID-19 aid money were returned to the United States to face prison, authorities announced Friday.

Richard Ayvazyan and his wife, Marietta Terabelian, were extradited from the Balkan country of Montenegro, where they were living in a luxury seaside villa before their arrest in February.

They arrived in Los Angeles on Thursday, according to the U.S. Department of Justice.

While they were on the run last year, a court in Los Angeles sentenced Ayvazyan to 17 years in federal prison, and Terabelian to six years.

Prosecutors said the couple and six accomplices fraudulently applied for about 150 relief loans intended to help businesses and employees struggling during the COVID-19 pandemic and lockdown.

To back up the applications, they submitted phony tax documents and payroll records for fake businesses to lenders and the U.S. Small Business Administration, prosecutors said.

The money was used for down payments on luxury homes in the Tarzana area of Los Angeles, suburban Glendale and the Palm Desert and to buy “gold coins, diamonds, jewelry, luxury watches, fine imported furnishings, designer handbags, clothing and a Harley-Davidson motorcycle,” said a statement from the U.S. Department of Justice.

Ayvazyan and Terabelian were convicted in June 2021 of conspiracy to commit bank fraud and other federal crimes. Two months later, while free on bond, the couple cut off their ankle monitors and fled, leaving behind their three teenage children, authorities said.

Unemployment fraud was a nationwide problem during the pandemic, as benefit applications overwhelmed state unemployment agencies. Criminals were able to buy stolen identity data on the dark web and use it to file a heap of phony claims.

The federal Labor Department has said that about $87 billion in pandemic unemployment benefits could have been paid improperly nationwide, with a significant portion attributable to fraud. An Associated Press review in March 2021 found that estimates ranged from $11 billion in fraudulent payments in California to several hundred thousand dollars in states such as Alaska and Wyoming. 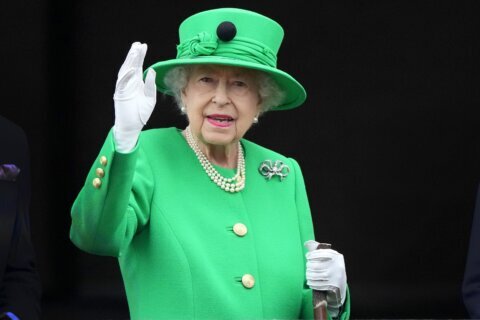