DÜSSELDORF, Germany (AP) — Some players are certain to be in Germany’s squad for the World Cup in Qatar. Only…
Listen now to WTOP News WTOP.com | Alexa | Google Home | WTOP App | 103.5 FM

DÜSSELDORF, Germany (AP) — Some players are certain to be in Germany’s squad for the World Cup in Qatar. Only injuries could keep out the likes of Bayern Munich teammates Manuel Neuer, Leroy Sané and Joshua Kimmich.

But the start of the Bundesliga has brought some new names into the limelight, and older faces peaking at the right time. Among them are the surprise top scorer from a promoted club, a table-topping midfielder with a famous brother, and a 17-year-old Champions League regular.

Here’s a look at some of the more surprising players competing for a spot when coach Hansi Flick names his team for Qatar on Nov. 10.

International soccer tends to reward teams with simple, clear tactics. With limited time to prepare game plans for the World Cup, an old-school center forward can give a team a clear focal point in attack. Uncapped Werder Bremen striker Niclas Füllkrug might be that player for Germany.

Füllkrug is the joint scoring leader in the Bundesliga with nine from 12 games for his promoted team. That’s attracted plenty of attention, especially for a 29-year-old player whose international career never progressed beyond under-20 level and who has more career games in the second division than the Bundesliga.

“We can see that Niclas has skills that could enrich our game,” Flick told Stern magazine in comments published on Wednesday. “A big, athletic striker in the penalty area would add variety to our offensive play.”

Concerns over Timo Werner’s fitness after he was taken off hurt while playing for Leipzig in the Champions League on Wednesday could also highlight Füllkrug as an option for Flick.

Füllkrug’s next chance to impress is when Bremen hosts Schalke on Saturday.

The younger brother of 2014 World Cup winner Sami Khedira has been making a name for himself as Union Berlin raced into a sensational early season standings lead.

Khedira has described his and Union’s rise to prominence ahead of the World Cup as “surreal” amid reports he is being considered for the squad in Qatar. He’s a tough-tackling defensive midfielder who leads the league in terms of fouls committed, and has captained Union on occasions.

The promising Borussia Dortmund striker will turn 18 on the day the World Cup begins, and he’s already widely viewed as a key part of Germany’s future — though Flick may not consider he’s ready just yet.

Moukoko has four goals in 11 Bundesliga games and featured in all six of Dortmund’s group stage games in the Champions League. His potential has been clear for a while as he smashed scoring records in junior leagues, played international under-16 soccer at the age of 12 and became the youngest Bundesliga player in history in 2020, just after his 16th birthday.

Moukoko could add to his scoring record against local rival Bochum on Saturday.

A World Cup winner with 63 games for his country might seem an obvious pick. Mario Götze, however, hasn’t played for Germany in five years. For much of that time, it seemed he never would again.

In the years after scoring the winning goal in the 2014 World Cup final win over Argentina at age 22, Götze was entering what were meant to be his prime years. It didn’t work out like that. Injuries hampered him at Bayern Munich, and then illness while at Borussia Dortmund, where he was eventually released in 2020.

Then Götze reinvented himself. Two seasons in the Dutch league with PSV Eindhoven saw him play regularly, away from the attention and expectation he got in the Bundesliga. He also evolved into playing a deeper role, more a midfielder than a forward.

Now aged 30 and back in Germany, Götze has continued that transformation with Eintracht Frankfurt, playing every game in the Bundesliga and having a key role in qualifying for the Champions League last 16. Frankfurt next plays Augsburg on Saturday. 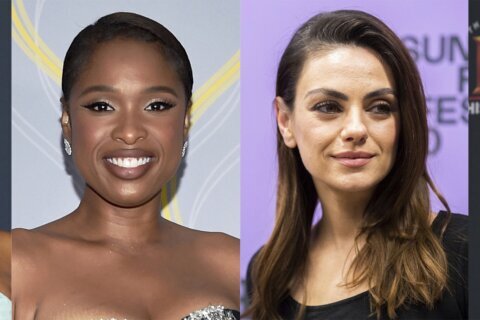 Spain insists no deaths on its soil during Melilla tragedy