Ronaldo returns to training with United squad after omission

MANCHESTER, England (AP) — Cristiano Ronaldo returned to first-team training with Manchester United on Tuesday after being omitted from the squad ahead of the team’s Premier League match at Chelsea at the weekend.

Ronaldo was disciplined for refusing to come on as a substitute in United’s 2-0 win over Tottenham in the league on Wednesday. He then headed to the locker room before the final whistle of the game at Old Trafford in a show of dissent.

United manager Erik ten Hag said afterward that the Portugal striker “remains an important part of the squad” but had to be sanctioned for the sake of the culture within the team.

Ahead of Saturday’s game at Chelsea, which United drew 1-1, Ronaldo did individual training with fitness coaches at the club’s training ground.

Now he is back in practice with the squad ahead of the home game against Sheriff Tiraspol in the Europa League on Thursday. 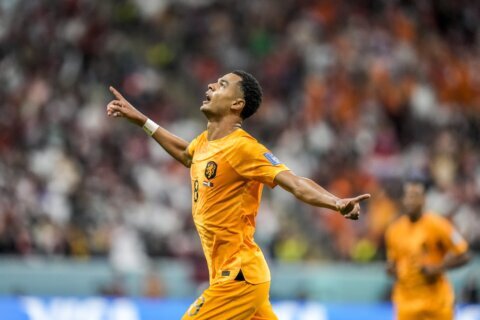