Erdogan has previously used that phrase to hint at looming military operations into Syria and Iraq against Kurdish militants that Turkey deems existential threats. He made good on that threat several times.

Speaking at an aerial technology festival in Samsun where Turkey showcased the prototype of an unmanned fighter jet, Erdogan lashed out at neighboring Greece amid political and military tensions.

Turkey has accused Greece of using Russian-made S-300 missile systems in Crete to lock onto Turkish jets in August. Ankara has also said Greek F-16s harassed Turkish jets by putting them under a radar lock during a NATO mission over the eastern Mediterranean. Turkey is submitting complaints with NATO. Athens has also accused Turkey of violating its airspace.

Although both NATO members, Turkey and Greece have decades-old disputes over an array of issues, including territorial claims in the Aegean Sea and disagreements over the airspace there. The friction has brought them to the brink of war three times in the last half-century.

“You occupying the islands doesn’t bind us,” Erdogan said Saturday. “When the time comes, we’ll do what’s necessary. As we say, we may come down suddenly one night.”

He added: “Look at history, if you go further, the price will be heavy.”

“We have one sentence to Greece: Don’t forget Izmir,” Erdogan said, in a reference to a crushing defeat of occupying Greek forces in the western city by the Turkish military in 1922.

Erdogan and Greek Prime Minister Kyriakos Mitsotakis held rare talks over lunch in Istanbul in March but that positive trend diminished soon after. In May, Erdogan said he would no longer speak with Mitsotakis after the Greek premier visited Washington where he pushed to acquire F-35 stealth fighter jets while lobbying against Turkey’s attempts to upgrade its F-16 fleet.

Erdogan said in July that Turkey didn’t have interest in war with Greece, but said the country should stop violating Turkish airspace. 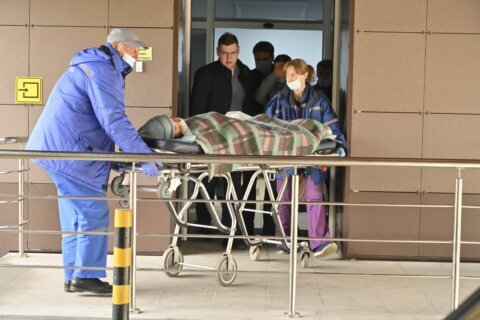