ISTANBUL (AP) — The 25-year-old translator by day and trans drag performer by night felt overwhelming panic and anxiety when several thousand demonstrators gathered and marched Sunday in Turkey to demand a ban on what they consider gay propaganda and to outlaw LGBTQ organizations.

The Big Family Gathering march in the conservative heart of Istanbul attracted parents with children, nationalists, hard-line Islamists and conspiracy theorists. Turkey’s media watchdog gave the event the government’s blessing by including a promotional video that called LGBTQ people a “virus” in its list of public service announcements for broadcasters.

“We need to make all our defense against this LGBT. We need to get rid of it,” said construction worker Mehmet Yalcin, 21, who attended the event wearing a black headband printed with Islam’s testimony of faith. “We are sick of and truly uncomfortable that our children are being encouraged and pulled to this.”

Seeing images from the gathering terrified Willie Ray, the drag performer who identifies as nonbinary, and Willie Ray’s mother, who was in tears after talking to her child. The fear wasn’t misplaced. The Europe branch of the International Lesbian, Gay, Bisexual, Trans and Intersex Association ranked Turkey second to last, ahead of only Azerbaijan, in its most recent 49-country legal equality index, saying LGBTQ people endured “countless hate crimes.”

“I feel like I can be publicly lynched,” Willie Ray said, describing the daily sense of dread that comes with living in Istanbul. The performer recalls leaving a nightclub still in makeup on New Year’s Eve and hurrying to get to a taxi as strangers on the street called out slurs and “tried to hunt me, basically.”

Sunday’s march was the biggest anti-LGBTQ demonstration of its kind in Turkey, where civil rights for a community more commonly referred to here as LGBTI+ — lesbian, gay, bisexual, transgender, intersex and other gender identities and sexual orientations — have been under assault in the years since an estimated 100,000 people celebrated Pride in Istanbul in 2014.

In a visible sign of the shift, the anti-LGBTQ march went ahead without any police interference. Conversely, LGBTQ groups have had their freedom to assemble severely curtailed since 2015, with officials citing both security and morality grounds.

Police used tear gas and water cannons to disperse the Pride march planned for that year. Government officials have since banned the event. Activists have tried to gather anyway, and more than 370 people were detained in Istanbul in June.

President Recep Tayyip Erdogan’s views also have grown more stridently anti-LGBTQ over time. Before the 2002 election that brought the Justice and Development Party (AKP) he co-founded to power, a younger Erdogan said at a televised campaign event that he found mistreatment of gay people inhumane and legal protections for them in Turkey a “must.”

“And now, 20 years into this, you have an entirely different president that seems to be mobilizing based on these dehumanizing, criminal approaches to the LGBTQ movement itself,” said Mine Eder, a political science professor at Bogazici University in Istanbul.

Interior Minister Suleyman Soylu has called LGBTQ people “perverts.” In 2020, Erdogan defended the head of religious affairs after he claimed homosexuality “brings disease and causes the generation to decay.” While championing his long-held belief that the identities of women are rooted in motherhood and family, the Turkish leader last year urged people to dismiss what “lesbians schmesbians” say.

Turkey also withdrew from a European treaty protecting women against violence, after lobbying from conservative groups that claimed the treaty promoted homosexuality.

The country could become more unwelcoming for the LGBTQ community. The Unity in Ideas and Struggle Platform, the organizer of Sunday’s event, said it plans to push for a law that would ban the alleged LGBTQ “propaganda” that the group maintains is pervasive on Netflix and social media, as well as in arts and sports.

The platform’s website states it also favors a ban on LGBTQ organizations.

“We are a Muslim country and we say no to this. Our statesmen and the other parties should all support this,” said Betul Colak, who attended Sunday’s gathering wearing a scarf with the Turkish flag.

Haunted by “the feeling that you can be attacked anytime,” Willie Ray thinks it would be a “total catastrophe” if a ban on the LGBTQ organizations that provide visibility, psychological support and safe spaces were enacted.

Eder, the professor, said it would be “simply illegal” to close down LGBTQ civil society based on ideological, Islamic and conservative norms — even if Turkey’s norms have indeed shifted to “using violent language, violent strategies and legalizing them.”

The Social Policy, Gender Identity and Sexual Orientation Studies Association, a nongovernmental LGBTQ advocacy and outreach organization in Istanbul commonly known as SPoD, is among the LGBTQ groups that stopped posting their addresses online after receiving threatening calls.

“It’s easy for a maniac to try and hurt us after all the hate speech from state officials,” said SPoD lobbyist Ogulcan Yediveren, 27. “But these security concerns, this atmosphere of fear, doesn’t stop us from work and instead reminds us every time how much we need to work.”

Gay activist Umut Rojda Yildirim, who works as SPoD’s lawyer, thinks the anti-LGBTQ sentiments on view Sunday aren’t dominant across Turkish society, but that the minority expressing them seem “louder when they have government funds, when they’re supported by the government watchdog.” 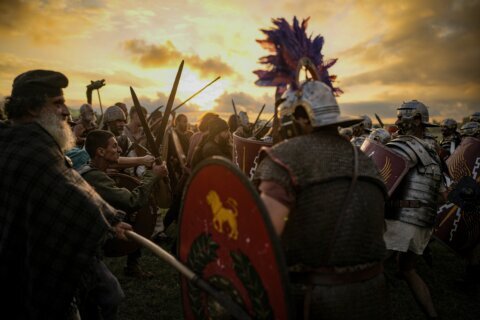 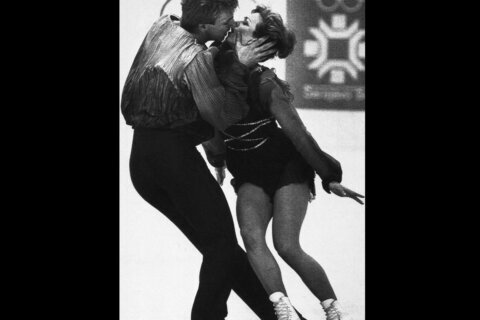