PARIS (AP) — French authorities are investigating death threats against a Russian rights activist who exposes abuses in Russian prisons and says he was the target of a possible assassination attempt at his home in France.

Vladimir Osechkin, founder of prisoners’ rights group Gulagu.net, suspects Russian security services of trying to “shut his mouth” or scare him away from continuing his activism. His recent work has notably had links to the Ukraine war.

While carrying a plate of spaghetti to his two children in the Atlantic coast city of Biarritz last week, Osechkin said he saw a red dot appear on the wall, tracing his movements. The family dropped to the floor and went to a safe room. He said police and neighbors heard shots in the vicinity. No one was hurt.

“Me and my colleagues … are seen like enemies of (Russian President Vladimir) Putin, Putin’s regime,” Osechkin told The Associated Press on Tuesday. “He wants to destroy me.”

The prosecutor’s office for the region surrounding Biarritz issued a statement Tuesday saying that a preliminary investigation into death threats against the activist is underway as part of broader measures to ensure Osechkin’s protection.

“At this stage, there is no objective evidence that allows us to support the hypothesis of an assassination attempt that could have targeted Vladimir Osechkin last week,” the statement said.

Osechkin has been under French police protection for the past several months and had first reported death threats to police in March. He was warned Sept. 9 of a new possible threat to his life.

He said the incident on Sept. 12 could have been a “psychological attack” to scare him or a botched effort to kill him. He said he hopes further investigation clarifies what happened and who was behind it.

Russian officials have not publicly commented about him.

French local and national police and government ministries would not comment, citing the ongoing investigation.

Osechkin sought political asylum in France after fleeing Russia under pressure from authorities over his prison activism. Osechkin’s group routinely publishes videos and accounts of alleged torture and corruption in Russian prisons, and he was among the first to reveal that Russia’s military was recruiting prisoners to fight in Ukraine.

Gulagu.net also helped bring Russian fugitive paratrooper Pavel Filatiev to France last month. Filatiev served in the Ukraine war before being injured, and later published accounts online of what he saw, accusing the Russian military leadership of betraying their own troops out of incompetence and corruption.

While Osechkin described being accustomed to pressure from Russian authorities, he said the incident Sept. 12 made him consider for the first time stopping his work to protect his children. But he said giving up would only hand victory to Putin and his allies.

“It’s very difficult for us and to our family, but I think that we don’t have the choice. We need to stop Putin and his regime,” he said. “It’s not a battle against Putin. It’s a battle against totalitarianism. And we need to do something to win, to protect democracy and human rights and the future of the Russian Federation.”

Follow AP coverage of Russia’s war in Ukraine at https://apnews.com/hub/russia-ukraine 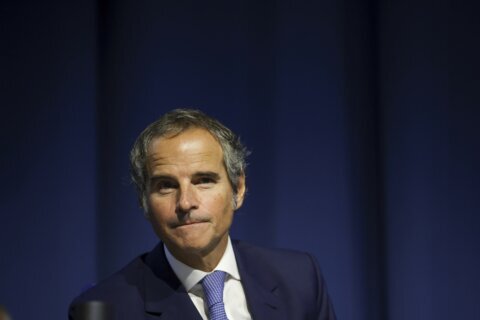 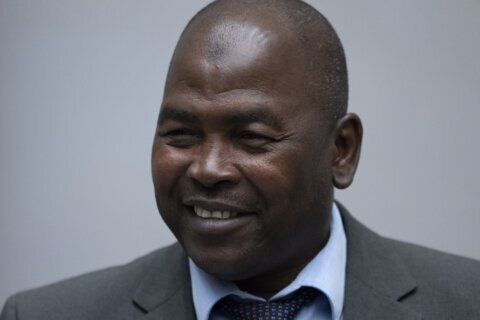 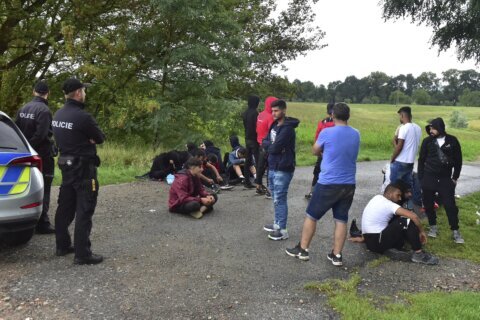