Scenes of desperation as migrant ship sinks during rescue 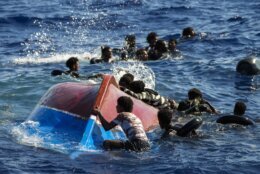 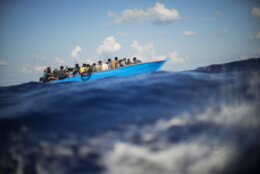 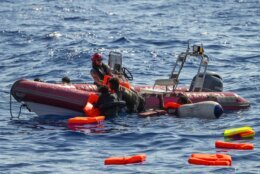 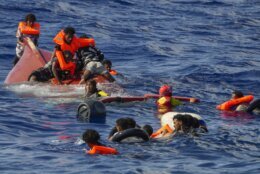 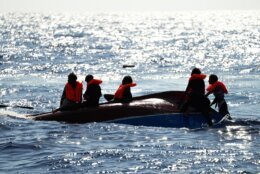 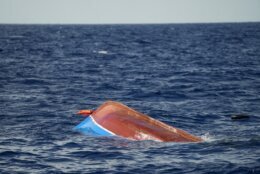 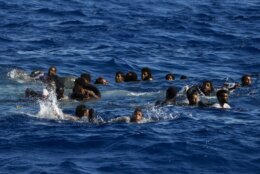 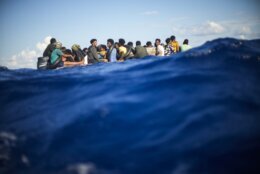 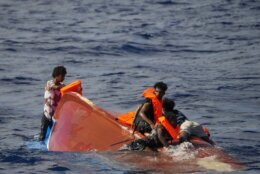 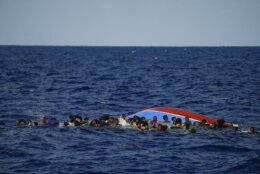 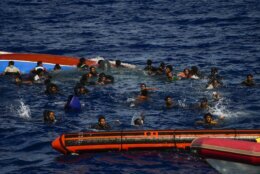 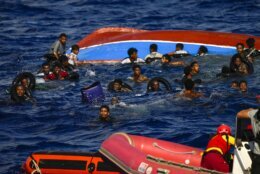 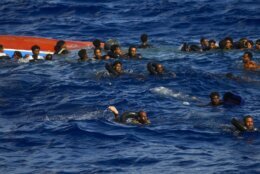 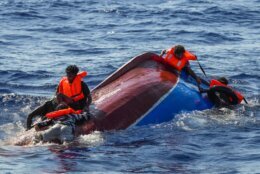 ABOARD THE ASTRAL (AP) — A Spanish maritime rescue group and the Italian coast guard helped pull some 40 people from the Mediterranean Sea to safety after their overcrowded wooden boat capsized during a rescue operation Thursday.

An Associated Press photographer who was aboard the ship operated by Spanish group Open Arms documented the harrowing rescue, capturing images of people desperately clinging to their overturned boat as it sank.

Open Arms tweeted that all the passengers survived and were transferred to an Italian coast guard ship; both the group and the coast guard had rescuers in the water helping pull people to safety. The passengers originally were from Eritrea and Sudan.

The rescue took place in high winds and rough seas 13 nautical miles (25 kilometers) south of the Sicilian island of Lampedusa, which is closer to Africa than the Italian mainland and is often the destination of choice for migrant-smuggling operations based in Libya.