LONDON (AP) — Britain’s beleaguered Prime Minister Boris Johnson is determined to cling to power despite an open revolt within his Conservative Party.

More than 30 government ministers quit in a mass walkout Wednesday, following in the footsteps of two of Johnson’s top Cabinet ministers who said Johnson’s government is no longer competent or trustworthy. Numerous Conservatives, including previously loyal allies, openly urged him to go.

If Johnson refuses to resign, the spotlight will turn to a small but influential Conservative group known as the 1922 Committee that has the power to rewrite party rules on leadership challenges and oust him before the next general election.

The committee could decide as early as Monday whether to change the rules.

Here’s a look at how the Conservatives can remove Johnson:

CAN A NO-CONFIDENCE VOTE TAKE PLACE?

Technically, not for another 11 months.

A no-confidence vote is triggered if 15% of Conservative lawmakers — currently 54 — write to Graham Brady, head of the 1922 Committee, to request it.

Johnson survived a confidence vote on Jun. 6, though the scale of the revolt — 41% of his party’s lawmakers voted against him — left his future in doubt.

Under current party rules, a year must pass before another formal leadership challenge can take place.

But the 1922 Committee has the power to change the rules to allow a fresh confidence vote within a shorter timeframe.

The 1922 Committee is a group of about a dozen Conservative backbenchers – lawmakers not serving in the prime minister’s government – who meet regularly to discuss party matters. The committee meets with the party leader monthly to represent the views of the rank and file membership.

Crucially, the group determines the rules under which a sitting leader can be challenged.

The committee was named because a group of lawmakers elected in 1922 formed it, albeit in 1923.

Its members are elected by all Conservative backbenchers, and an election will take place Monday to choose a new executive committee.

HOW LIKELY ARE THE RULES TO CHANGE?

That’s up to the new 1922 Committee executive. Several Conservative lawmakers have said they would stand for the committee and vote for a rule change, if elected.

The committee didn’t announce any immediate changes to the rules after a private meeting Wednesday.

“What we have to do is certainly have calm heads here, because one of the other suggestions being made … is that you’d reduce the timeframe to six months. Six months takes you to the beginning of December,” he told British channel TalkTV.

WHAT IF JOHNSON LOSES A CONFIDENCE VOTE?

Johnson would fight to stay and win another confidence vote, his press secretary said Wednesday. She described last month’s result as “clear and decisive.”

Johnson needs backing from 180 out of 359 Conservative lawmakers to survive a confidence vote.

If he loses, he would resign and the party would hold an election for a new leader; Johnson would be barred from running. He would remain party leader and prime minister until a replacement is chosen.

Any Conservative legislator is eligible to run to replace Johnson as party leader. The winner of the leadership race becomes prime minister, without the need for a national election.

Follow all of AP’s coverage of Prime Minister Boris Johnson at https://apnews.com/hub/boris-johnson 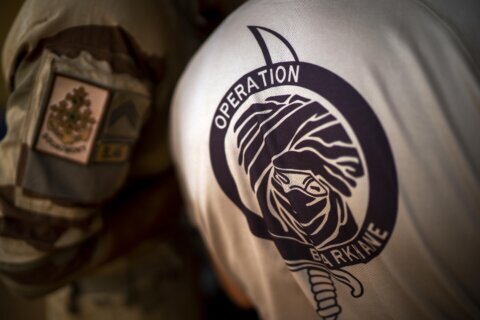