PRISTINA, Kosovo (AP) — Police in Kosovo reported a series of bomb threats to schools in Serb-dominated areas Thursday, which have been confirmed as hoaxes.

A police statement said about 30 locations received early morning electronic warnings or phone calls. It did not identify the precise areas.

In the evening police reported that all were fake alarms, including one at Pristina International Airport, which returned to normal operations.

Most of the country’s ethnic Serb minority lives in northern Kosovo.

Police said they evacuated people from the threatened areas and sent in demining units to look for bombs. Law enforcement agencies urged the public not to panic.

Kosovo declared its independence from Serbia in 2008. The United States and most of the West recognized its sovereignty, but not Serbia or its allies Russia and China.

Ethnic Serbs are Kosovo’s biggest minority group and entitled to having 10 representatives serving as lawmakers in the country’s 120-seat parliament, as well as in governmental posts. 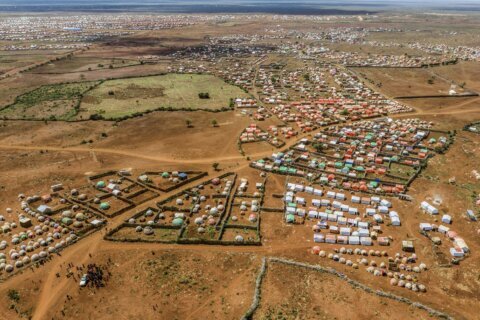