PARIS (AP) — The lone survivor of a 2009 passenger plane crash in the Indian Ocean that killed 152 people sat in the front row of a Paris courtroom Monday at the opening of the trial of the Yemeni airline which operated the flight.

Bahia Bakari, who has called her survival “a miracle,” sat in silence as the victims’ names were read out at the start of the proceedings in a room heavy with emotion.

At just 12 years old, Bakari clung to floating debris from the plane for 11 hours in the sea before being rescued. Now 25, she recently told France 3 television she would attend the trial with both “apprehension” and “relief.”

The trial is needed to “finally know the truth,” said Bakari, who lost her mother in the crash.

Yemen’s main airline, Yemenia, has been charged with “manslaughter and unintentional injuries” in the case. It has denied responsibility.

The 2009 Yemenia flight left from Paris before picking up other passengers in the southern French city of Marseille. It made a stopover in Sanaa, Yemen, where 142 passengers and 11 crew members boarded another plane to continue to Moroni, the Comoros capital. During the landing in strong winds, the aging Airbus A310 crashed about 15 kilometers (9 miles) off the Comorian coast on June 30, 2009.

Yemenia is being tried in Paris over Bakari’s injuries and the deaths of 65 French citizens. The company is facing a fine of up to 225,000 euros ($237,000). There are 560 plaintiffs in the case. Two rooms at the courthouse were set aside to retransmit the proceedings.

Most of the passengers onboard were from Comoros.

Fatouma Mmadi, president of the association SOS travel to Comoros, created a year before the crash to denounce the conditions of air travel from Sanaa to Moroni, said justice must be rendered and support offered to the families of the deceased.

Mmadi, a witness, was among those who slammed what they claimed was the poor state of air travel from Yemen, which has since been embroiled in a brutal civil war. She claimed Yemenia was more interested in profits “than in taking care of its passengers.”

A lawyer for the victims’ families denounced what he claimed were “flying coffins.”

“This trial is going to serve a purpose and especially for the families who are now finally going to be able to mourn their relatives and close this sad chapter,” lawyer Said Larifou said.

“However, when it comes to the airlines and those responsible for guaranteeing the passengers’ safety, they haven’t learned anything from this and I doubt this trial will help them,” he said. He railed against what he claimed were weaknesses in the investigation. And he railed against the French.

“How could French authorities allow an airline to fly French passengers to Yemen on planes that complied with safety regulations, then let them fly (from Yemen to the Comoros) on garbage planes, flying coffins?” Larifou said.

In 2015, the company was ordered in civil proceedings by two French courts to pay more than 30 million euros ($31.6 million) to the victims’ families, who deplored the slowness of the procedure between France and the Comoros, a former colony that became independent in 1975.

In 2018, a confidential agreement was signed between Yemenia and 835 beneficiaries, who had to wait several more years to receive compensation.

Bakari said the crash was a surprise.

“We were told that we were going to land and there were jolts in the plane,” Bakari told France 3 during the commemoration of the 10th anniversary of the tragedy. “No one seemed worried. Before the crash, my mother just said to me ‘Did you fasten your seatbelt?’”

The plane then crashed into the ocean.

“I wake up in the water. It’s dark. There are cries, people calling for help, crying. I also called for help,” Bakari remembered.

After studying the plane’s black boxes, French aviation investigators from the BEA (Bureau of Investigations and Analysis) found that pilot error was the cause of the crash. They said “the accident is not explained by a technical problem or by an explosion.”

The agency wrote “the accident was due to inappropriate actions by the crew on the flight commands, which brought the plane into a stall.”

The investigators noted that “several other factors also contributed to the accident,” including windy conditions at the airport “and the lack of training or briefing of the crew before operating the flight to Moroni,” an airport classified as having difficult landing conditions.

Still, the tragedy did not prevent Bakari from flying again “several times.”

“I tell myself there’s little chance it will happen to me a second time,” she told France 3. 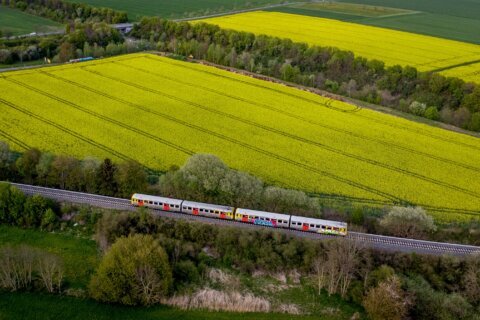 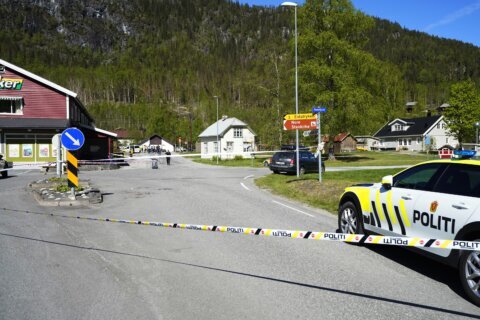 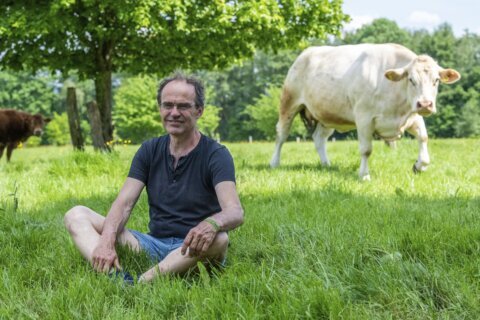