COPENHAGEN, Denmark (AP) — Norway has slammed the latest Afghan Taliban edict demanding women cover up head to toe in public and warned that Afghanistan’s new rulers are “steering the country toward a humanitarian, economic and human rights catastrophe.”

The Taliban decree, announced on Saturday, ordered all Afghan women to wear all-covering clothing in public, the traditional burqa, and threatened to punish their male relatives in cases of noncompliance. It evoked similar restrictions on women and other hard-line measures imposed by the Taliban during their previous, 1996-2001 rule of Afghanistan.

Earlier this year, the Taliban decided against reopening schools to girls above grade six, reneging on an earlier promise and opting to appease their hard-line base. That decision has drawn international condemnation and disrupted efforts by the Taliban, who seized power in Afghanistan last August, to win recognition from potential international donors at a time when the country is mired in a worsening humanitarian crisis.

“I am outraged by the announcement that warns that women in Afghanistan must cover their faces in public, cannot drive a car and only leave home when necessary,” a statement from Henrik Thune, Norway’s deputy foreign minister, said Sunday.

Thune said the edict is “completely unacceptable” and stressed that although the Taliban are in power, “they are still an isolated and non-representative government.”

“The Taliban’s policies continue to oppress women and girls, instead of addressing the economic crisis and the need for an inclusive government,” he said.

Norway hosted three days of talks in January between the Taliban, Western diplomats and other delegates at closed-door meetings in the snow-capped mountains above the Norwegian capital of Oslo.

The talks — the first in Europe since the Taliban takeover — focused on humanitarian aid to Afghanistan and human rights. The Taliban-appointed foreign minister, Amir Khan Muttaqi, said the discussions “went very well.” The talks also included discussions between the Taliban and members of Afghan civil society.

Thune said it was necessary to pursue dialogue, “even if the Taliban have values that are far from ours” and added that without dialogue, “we also have no opportunity to influence those in power.”

He urged the Taliban to “once again to keep their promises to Afghan women and girls.”

“Afghanistan’s women and girls are waiting for the right to a full life and can’t be excluded from society,” he said. 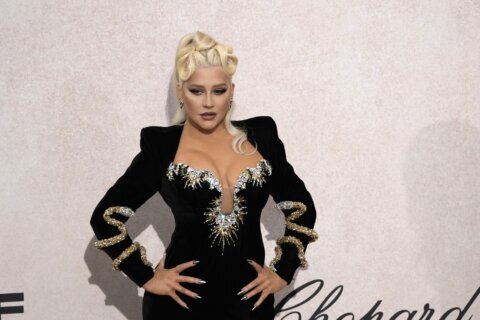