For the first time in the 127-year history of the Venice Biennale, the world’s oldest and most important contemporary art fair features a majority of female and gender non-conforming artists, under the curatorial direction of Cecilia Alemani.
Listen now to WTOP News WTOP.com | Alexa | Google Home | WTOP App | 103.5 FM
(1/12) 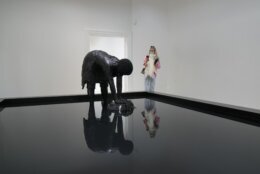 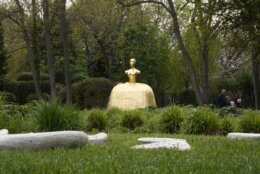 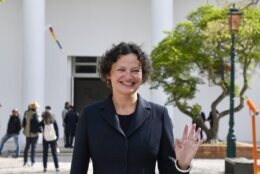 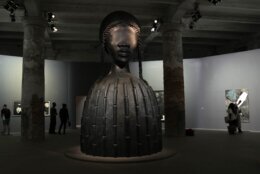 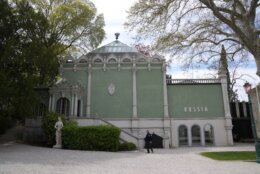 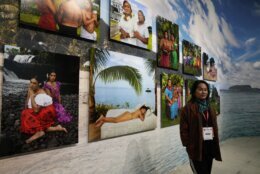 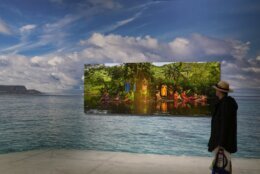 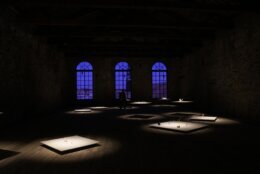 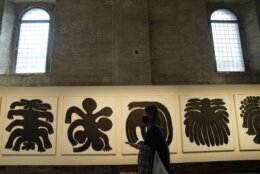 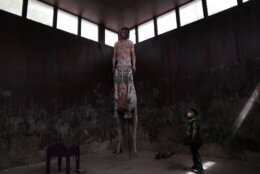 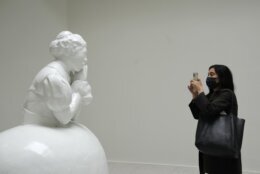 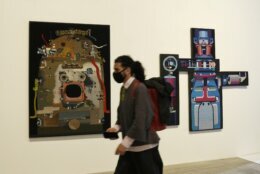 VENICE, Italy (AP) — For the first time in the 127-year history of the Venice Biennale, the world’s oldest and most important contemporary art fair features a majority of female and gender non-conforming artists, under the curatorial direction of Cecilia Alemani.

The result is a Biennale that puts the spotlight on artists who have been long overlooked despite prolific careers, while also investigating themes including gender norms, colonialism and climate change.

Alemani’s main show, titled “The Milk of Dreams,” alongside 80 national pavilions opens Saturday after a one-year pandemic delay. The art fair runs through Nov. 27. It is only the fourth of the Biennale’s 59 editions under female curation.

The predominance of women among the more than 200 artists that Alemani chose for the main show “was not a choice, but a process,’’ Alemani, a New York-based Italian curator, said this week.

“I think some of the best artists today are women artists,’’ she told The Associated Press. “But also, let’s not forget, that in the long history of the Venice Biennale, the preponderance of male artists in previous editions has been astonishing.”

“Unfortunately, we still have not solved many issues that pertain to gender,” Alemani said.

Conceived during the coronavirus pandemic and opening as war rages in Europe, Alemani acknowledged that art in such times may seem “superficial.” But she also asserted the Biennale’s role over the decades as a “sort of seismographer of history … to absorb and record also the traumas and the crises that go well beyond the contemporary art world.”

In a potent reminder, the Russian pavilion remains locked this year, after the artists withdrew following Russia’s invasion of Ukraine. Nearby, sandbags have been erected in the center of the Giardini by the curators of the Ukrainian Pavilion, and surrounded by stylized posters of fresh artwork by Ukrainian artists representing the horrors of the two-month-old war.

American artist Leigh is among the women getting long-overdue recognition in mid-career at this Biennale. She is both headlining the U.S. pavilion and setting the tone at the main exhibit with a towering bust of a Black woman that Alemani originally commissioned for the High Line urban park in New York City.

Füsun Onur, a pioneer of conceptual art in Turkey, at age 85 has filled the Turkish pavilion with wiry cats and mice set up in storyboard tableaus that confront modern-day threats like the pandemic and climate change. While proud of her role representing Turkey and the work she produced during the pandemic in her home overlooking the Bosphorus, she acknowledged that the honor was late in coming.

“Why it is so I don’t know,” Onur said by phone from Istanbul. “Women artists are working hard, but they are not always recognized. It is always men first.”

New Zealand is represented by third gender artist Yuki Kihara, whose installation “Paradise Camp,” tells the story of Samoa’s Fa’afafine community of people who don’t accept the gender they were assigned at birth.

The exhibition features photos of the Fa’afafine mimicking paintings of Pacific islanders by post-impressionist French artist Paul Gaugin, reclaiming the images in a process the artist refers to as “upcycling.”

“Paradise Camp is really about imagining a Fa’afafine utopia, where it shutters colonial hetero-normality to make way for an Indigenous world view that is inclusive and sensitive to the changes in the environment,’’ Kihara said.

The image of a hyper-realistic sculpture of a futuristic female satyr giving birth opposite her satyr partner, who has hung himself, sets a grim post-apocalyptic tone at the Danish Pavilion, created by Uffe Isolotto.

The Nordic nations of Norway, Sweden and Finland this year turned over their shared pavilion to the Sami, one of Europe’s oldest Indigenous groups, touching on a different idea of nation as the Sami ancestral arctic homeland now spans four nations.

The Sami Pavilion offered a more hopeful path out of the apocalypse, with artwork and performances depicting the struggle against colonialism by the Sami people, while also celebrating their traditions.

“We have in a way discovered how to live within the apocalyptic world and do it while, you know, maintaining our spirits and our beliefs and systems of value,” said co-curator Liisa-Ravna Finbog.

This year’s Golden Lion for lifetime achievement awards go to German artist Katherina Fritsch, whose life-like Elephant sculpture stands in the rotunda of the main exhibit building in the Giardini, and Chilean poet, artist and filmmaker Cecilia Vicuna, whose portrait of her mother’s eyes graces the Biennale catalog cover.

Vicuna painted the portrait while the family was in exile after the violent military coup in Chile against President Salvador Allende. Now 97, her mother accompanied her to the Biennale.

“You see that her spirit is still present, so in a way that painting is like a triumph of love against dictatorship, against repression, against hatred,’’ Vicuna said.

Charlene Pele contributed to this report. 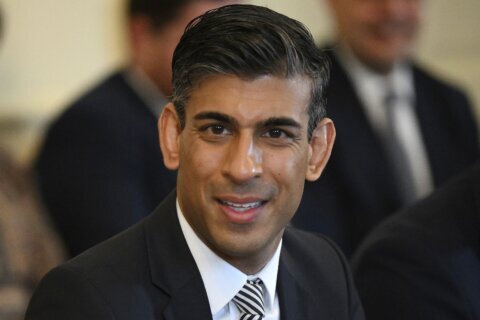