More than 600 people have been arrested over the past two weeks after environmental activists climbed atop oil tankers, padlocked themselves to structures and blocked roads at oil depots across the U.K. The group Just Stop Oil, which is affiliated with Extinction Rebellion, is demanding that Britain’s Conservative government stop any new oil and gas projects.

The demonstrations are part of a growing climate action movement that has also seen the group Insulate Britain obstruct highways and roads to press its demands that the government fund more energy-efficient homes. The demands have become more urgent as energy prices are skyrocketing in the U.K. and elsewhere.

A spokesperson for Shell said the company respects “the right of everyone to express their point of view –- we only ask that they do so with their safety and the safety of others in mind.”

“We agree that society needs to take urgent action on climate change. Shell has a clear target to become a net-zero emissions business by 2050, in step with society,” the spokesperson said.

Meanwhile, police in central England said nine people were charged after Just Stop Oil held a demonstration Friday at an oil terminal in Kingsbury, near the city of Birmingham.

Read all AP stories on climate issues at https://apnews.com/hub/climate 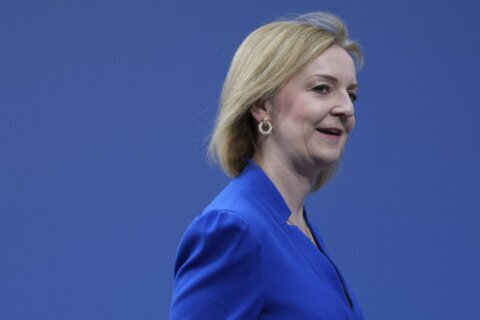