Poland will impose financial penalties on any private entities importing Russian coal into Poland, with Polish customs officials carrying out checks, government spokesman Piotr Mueller said as he announced the new policy. He added that Poland could no longer wait for the whole 27-nation European Union to embrace the policy.

Following Russia’s invasion of Ukraine, the EU, the United States and some other powers imposed a range of economic sanctions on Russia. But Europe has historically been dependent on Russian energy sources — primarily oil and gas but also coal to some extent — and has had trouble weaning itself off.

Poland, which was under Moscow’s influence during the communist era, has worked in recent years to reduce its use of Russian energy sources, and will soon no longer have to rely on Russian gas.

It is more dependent on Russian oil, however. And while Poland produces much of its own coal, it also relies on imports. Russian coal makes up 13% of the fuel used each year, according to Piotr Lewandowski, the president of the Institute for Structural Research in Warsaw.

Half of that imported Russian coal is used to generate heat in individual homes, while the rest is used for district heating or industry, he said.

“That’s why it’s much easier to ban coal in the final week of March than in October,” Lewandowski said. “The question now is how do you prepare for the next heating season?”

One option will be to buy coal from other sources, but that might be more expensive, given Russian coal’s favorable quality-to-price ratio. The other is for Poland’s government to create more incentives for households to retrofit their homes in order to generate power from other energy sources, such as heat pumps, Lewandowski said.

Polish coal miners will certainly welcome the move because they felt that importing coal from Russia and other countries undermined their own declining industry.

Many critics of the Poland’s conservative government have also argued that it was wrong to keep importing Russian coal while Poland criticized Germany and other countries for their increasing dependence on Russian energy sources.

Even before the war began, Russian coal was problematic because a certain portion of it was extracted from the Donbas region of Ukraine, where Russian-backed insurgents were fighting against the Ukrainian military. The coal was perceived as a theft of Ukrainian resources, sent to Russia for export abroad.

Follow all AP stories on developments related to the war in Ukraine at https://apnews.com/russia-ukraine. 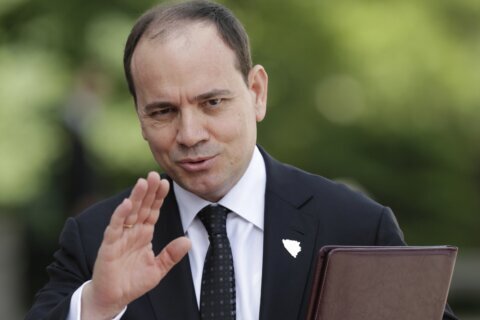