LVIV, Ukraine (AP) — Patriotic messages in the form of tattoos and billboards have become popular in war-torn Ukraine.

The Ukrainian flag and other symbols are favored additions for customers at a tattoo parlor in Lviv.

Olena Barlevych, 18, recently got a tattoo of the Ukrainian coat of arms with a military aircraft, symbolizing the fight to defend her country.

“This tattoo means a lot to us,” Barlevych said. “It is a very important phase for our country, which must go down in history, which must be passed on to future generations.”

Artist Natalia Tanchynets has seen clients come in from several parts of Ukraine for similar tattoos. She said 70% of the proceeds from her patriotic tattoos are donated to the Ukrainian army.

At her shop, where a red stop sign on a wall had the handwritten word “war” added to it, Tanchynets said she’s had a gamut of emotions about the rush of patriotism.

While the war has been good for her business, “I’m so sad about this situation in my country.” Tanchynets said one of her clients was killed on the front lines last week.

Lviv print shop manager Yuri Kobryn said he initially thought his business that creates advertising billboards would be useless in the war. He since has found creative ways to support Ukrainian troops.

Instead of advertisements, Kobryn’s company now prints motivational messages to his country — especially the Ukrainian army. Some are religious messages asking for protection of the troops.

“The guys from the army were pleasantly surprised and asked me if I could make smaller versions that they could give them to others,” Kobryn said. “So that we can help them in our victory.”

Russia invaded its smaller neighbor to the southwest in February. Thousands on both sides have reportedly died, and there is no immediate sign of a halt in hostilities despite numerous rounds of diplomatic talks. 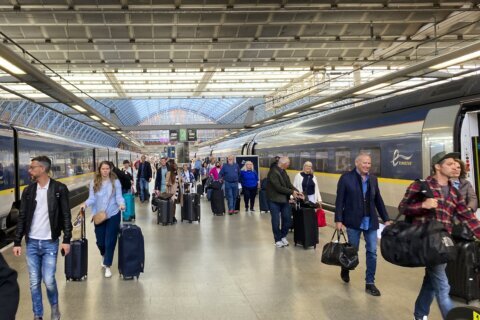 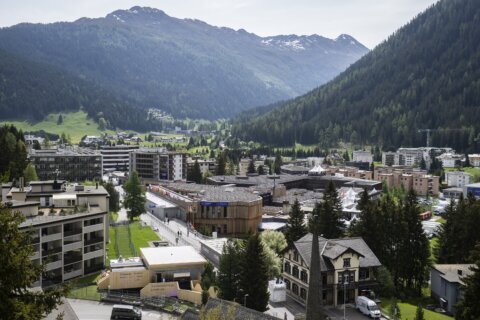 EXPLAINER: What are the key climate themes at Davos? 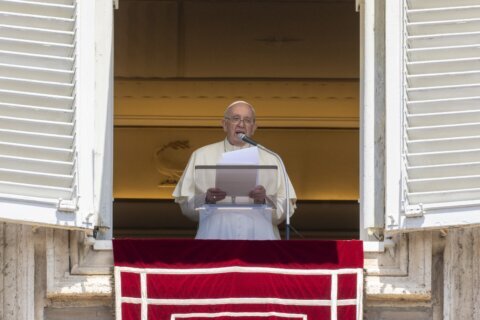 Pope voices hope church in China can operate in freedom