BUCHAREST, Romania (AP) — Romania’s minister of innovation and digitalization resigned Wednesday following an investigation by journalists who reported they found significant irregularities on his resume and evidence he plagiarized from an academic paper.

Florin Roman, who had served in Romania’s new coalition government for less than a month, quit his post after Romania’s Libertatea newspaper published a third article calling his claimed educational credentials into question.

He said he didn’t want the suspicion surrounding him to affect Prime Minister Nicolae Ciuca.

“I resigned today as minister,” Roman wrote online after a government meeting. “When white turns black, when everything is misinterpreted, when you make material mistakes, but when you reach the lynching from the first day of office — it is too much.”

The journalists at Libertatea accused Roman of having plagiarized part of his master’s thesis and said they could not locate a 2006 academic paper that the politician listed on his resume. The newspaper also reported that Roman made misleading or false resume statements about which university he attended.

Roman strongly denied the newspaper’s findings, calling them part of a “campaign to denigrate me.”

Several high-profile Romanian politicians, including former prime ministers, have been accused of plagiarism in recent years

Dacian Ciolos, who served as prime minister in a caretaker Cabinet between 2015 and 2017, described Roman’s resignation as a “necessary act.”

“Florin Roman is not a victim. (He) is an exponent of the Romanian political class who destroyed what Romania had best,” Ciolos said, adding that fabricated qualifications prevent “competent and honest ones from politics.”

Emilia Sercan, a journalist who has investigated dozens of high-profile plagiarism cases in Romania, described falsified academic works as the “Achilles’ heel” of politicians.

“Bad news for politicians: if your fortunes are sheltered, your ‘academic’ works are on the shelf, at the library,” Sercan wrote online Wednesday.

Romania, an EU country of about 19 million, ranked 69 out of 180 countries in Transparency International’s 2020 Corruption Perception Index. 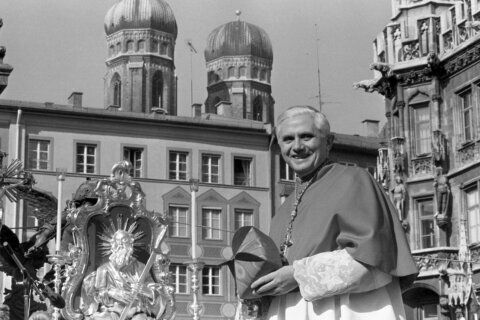