Prosecutors on Monday began explaining evidence and their indictment to judges in the murder trial of three Russians and a Ukrainian charged with involvement in downing Malaysia Airlines flight MH17 over eastern Ukraine in 2014, killing all 298 passengers and crew.
Listen now to WTOP News WTOP.com | Alexa | Google Home | WTOP App | 103.5 FM

THE HAGUE, Netherlands, Netherlands (AP) — Prosecutors on Monday began explaining evidence and their indictment to judges in the murder trial of three Russians and a Ukrainian charged with involvement in downing Malaysia Airlines flight MH17 over eastern Ukraine in 2014, killing all 298 passengers and crew.

Prosecutors are scheduled to take three days to walk judges through the indictment at hearings in a top-security courtroom on the outskirts of Schiphol Airport — the departure point for the Boeing 777, which was heading for Kuala Lumpur when — according to prosecutors and international investigators — it was shot down.

“Today we are here to do right by the 298 victims of flight MH17,” public prosecutor Thijs Berger told the court.

Monday’s hearing began against a backdrop of soaring tensions between Moscow and the West over a Russian troop buildup near Ukraine that has drawn fears of an invasion. Moscow has denied plans to attack its neighbor, but demanded the West provide a set of legal guarantees precluding the expansion of NATO to Ukraine and other Russian neighbors and the deployment of the alliance’s weapons there, a demand NATO has rejected.

“Determining the truth in this case may also contribute to averting new violence in the future,” Berger told the judges.

“After all, a world that makes no effort to ascertain the truth and to punish the guilty when hundreds of innocent civilians are murdered is leaving its civilians as fair game,” he added. “And for that reason truth and lies need to be distinguished and perpetrators need to be punished. That is our task in this courtroom.”

Piet Ploeg, who lost his brother, sister-in-law, and nephew when MH17 was downed, was at the court for the hearing.

None of the four suspects has appeared at the trial. Only one, Oleg Pulatov, has Dutch lawyers representing him in court. They say that he denies involvement. Pulatov is one of three Russian suspects together with Igor Girkin, and Sergey Dubinskiy. They are charged together with Ukrainian Leonid Kharchenko.

The trial began in March last year with the solemn reading of the names of all the people who died when the plane shattered in midair and plunged to the ground in agricultural fields in conflict-torn eastern Ukraine.

An international investigation into the crash concluded that MH17 was brought down by a buk misssile that was trucked into Ukraine from a Russian military base. Investigators say the missile launcher then returned to Russia. Moscow denies involvement.

On Wednesday, prosecutors will tell judges what punishments they want for the four suspects. The maximum sentence is life imprisonment.

The hearing will then be adjourned until March, when defense lawyers for Pulatov will make their presentation to judges. Both sides can make responses and final statements over the summer and verdicts are expected before the end of next year. 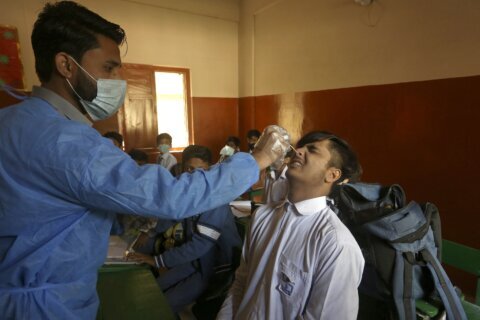 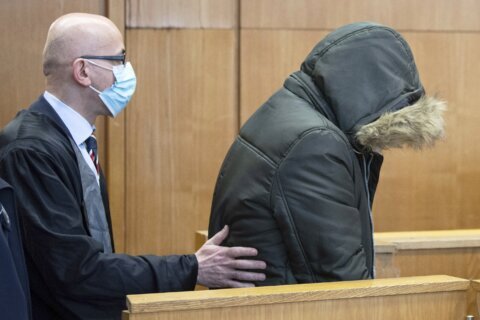