VATICAN CITY (AP) — Pope Francis will travel to Greece and the eastern Mediterranean island nation of Cyprus on a five-day trip next month, the Vatican confirmed Friday.

The pope will visit Larnaca, Cyprus, from Dec. 2-4, before traveling to Greece, with stops in Athens and on the island of Lesbos, from Dec. 4-6. The Vatican released no further details of the trip.

The Cyprus leg had already been confirmed by Cypriot officials, who said that the pontiff will hold talks with Cypriot President Nicos Anastasiades. Francis will be the second Roman Catholic pontiff ever to travel to the eastern Mediterranean island nation.

Francis traveled previously to Lesbos in 2016 to highlight the plight of refugees. He brought with him 12 Syrian Muslims to Italy aboard his charter plane after an emotional visit. The Greek island just a few miles from the Turkish coast has received hundreds of thousands of desperate people fleeing war and poverty. 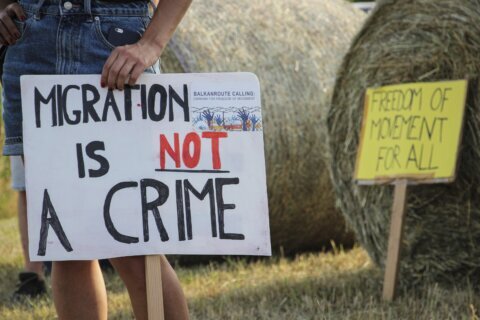