WARSAW, Poland (AP) — Thousands of protesters marched Sunday in two Polish cities in solidarity with migrants and asylum-seekers at the Poland-Belarus border who have been pushed back by Polish authorities.

Several thousand people marched in Warsaw and others protested in Krakow under the slogan “Stop torture at the border.” Marchers accused Polish authorities of cruel behavior for pushing the migrants back and for imposing a state of emergency at the border that has prevented human rights workers from going there to aid people.

“How many bodies lie in the forest?” read one sign in Warsaw, referring to several deaths that have occurred in the border region’s forests and swamps.

Many carried flags made of emergency foil, a reference to the blankets the migrants trapped outdoors at the border need now as temperatures fall to freezing at night.

For about two months, large numbers of people from the Mideast and Africa have been trying to enter Poland illegally from Belarus. Polish authorities have reacted firmly. They accused Belarus and Russia of encouraging the migration to trigger instability within the entire EU, calling it “hybrid warfare.”

Many Poles have been moved by images of families with young children who had made it to Poland and were then sent back across the border into Belarus.

“What our government is doing is a disgrace,” said Dorota Moran, a 39-year-old preschool therapist for autistic children who marched in Warsaw with two of her three children. “We are in the European Union and should seek support from the European Union. But first of all we have to be human and protect the families and children.”

Another protester, Marcin Kacprzak, traveled from the city of Plock to protest.

“We are horrified by what is happening at our eastern border,” the 45-year-old said, carrying a sign that said “Love your neighbor.”

“We see people and their suffering,” he said. “We do not look at the color of their skin, their race or their religion.”

The marchers went past the Polish parliament, which approved the state of emergency and also adopted legislation allowing the arbitrary rejection of migrants’ asylum applications. The UN refugee agency said the legislation “undermines the fundamental right to seek asylum set out in international and EU law.” 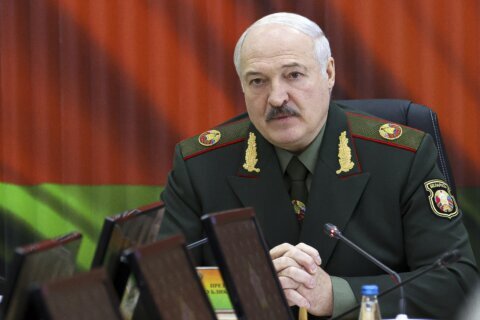 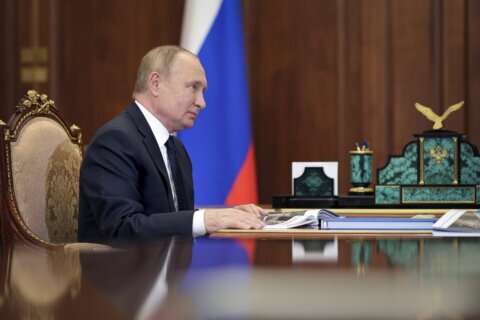