BERLIN (AP) — A former Israeli soldier was assaulted in Germany’s capital in what police described Saturday as an antisemitic incident.

The assault took place Friday evening outside the Noeldnerplatz commuter train station in an eastern district of Berlin. The 29-year-old former soldier, a Berlin resident, was wearing a pullover with the emblem of the Israel Defense Forces and turned toward someone who “addressed him about his faith,” police said in a statement.

He told investigators that when he turned toward the person he got an irritant gas sprayed in his face and knocked to the ground. The assailant or assailants fled.

The assaulted man alerted police and emergency personnel treated him at the scene. Berlin’s criminal police opened an investigation on suspicion of politically motivated bodily harm. 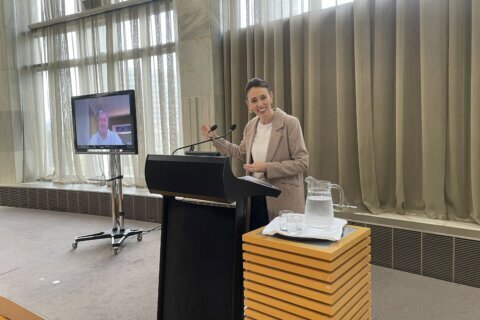