PRAGUE (AP) — Czech Prime Minister Andrej Babis said he wouldn’t accept an offer to try to create a new government after his centrist ANO political movement narrowly lost in the parliamentary election last week and was ready to end up in opposition.

Babis announced his decision in an interview for the Frekvence 1 radio station on Friday.

“We’ll hand it over to the new coalition and we’ll be in opposition,” the populist billionaire said.

Babis’ decision opens the way for two coalitions of five parties that have won a majority in the vote to rule.

The two coalitions have pledged to govern jointly. They’re closer to the European Union mainstream than Euroskeptic Babis.

Together won 71 of the 200 seats in the lower house of parliament and the center-left alliance won 37 seats, which would give their government a comfortable, 108-seat majority.

President Milos Zeman who is currently hospitalized previously said he would first give a mandate to the leader of the strongest party, not the strongest coalition, which would give Babis a chance to try to put together a viable government.

Petr Fiala, the leader of Together, is the candidate for the new prime minister.

Zeman will have to accept the resignation of the outgoing government after the opening session of the new lower house of Parliament that begins on Nov 8. He will then have to select the prime minister. 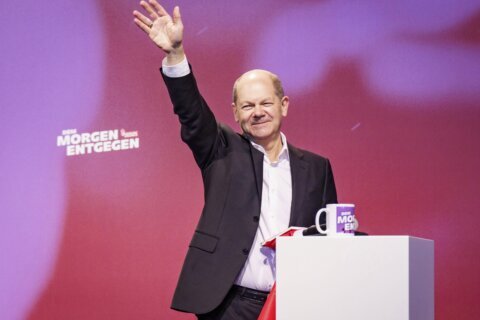