George Danos, President of the Cyprus Space Exploration Organization, told reporters on Thursday that the 1.5 million euro ($1.75 million) European Union funded project is a first for Cyprus and aims to be completed over the next 18 months.

Danos said the CSEO will look for partners including NASA and the European Space Agency that would take the instrument aboard a Mars-bound spacecraft for more accurate, on-the-ground soil and rock dating on the Martian surface.

The scientists chose Cyprus to develop the instrument because it can be tested on pockets of the east Mediterranean island nation’s volcanic rock and soil that are similar to those found on Mars. Danos said scientists identified at least two areas where Cypriot rock and soil sediments weathered by water and wind erosion bear similarities to the Martian surface.

The instrument, called “In Time,” works by emitting X-Rays on tiny soil and rock samples that give off a luminescence whose intensity enables scientists to determine their age.

Danos said any astronaut trips to Mars must be preceded by careful study of the planet to understand its potential to possibly host human habitation.

Coradini said the experimentation would help scientists to also understand the geological evolution of Mars, which is considered a sister planet to Earth. Understanding the catastrophes that preceded Mars’ transition from a wet to a dry planet could offer clues about where the Earth’s own geological future is headed, Coradini said. 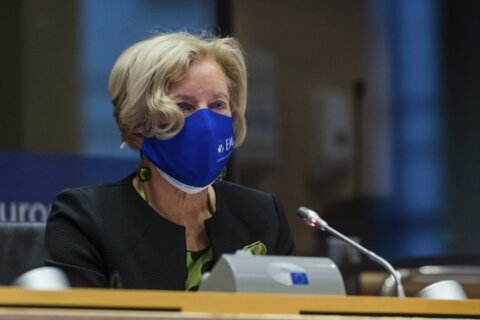