LONDON (AP) — British Prime Minister Boris Johnson said Tuesday he will appoint a chair this year to the planned public inquiry into the coronavirus pandemic and that bereaved families will have a role in the proceedings.

Following a “very emotional” meeting with the COVID-19 Bereaved Families for Justice group, Johnson said the experiences of those who have suffered a loss during the pandemic would form a major part of the public inquiry.

“And obviously, there’s very little I could say to mitigate their own suffering,” he said. “But what I did say was that we were determined to make sure that the experience of the bereaved was something we took account of.”

The event, which took place more than a year after the prime minister promised to meet the bereaved, lasted just over an hour and took place outside at the request of the families. Five members of the group, which included co-founder Jo Goodman, shared how their loved ones caught the virus and died.

They confirmed that Johnson told them they will have a say into who is appointed to chair the probe.

“Although we wish this meeting had taken place a long time ago, we’re pleased that the prime minister has chosen to finally engage with us and that he explicitly acknowledged the importance of ensuring that bereaved families are at the heart of learning lessons from the pandemic,” the group said.

COVID-19 Bereaved Families for Justice, which has around 4,000 members, have been calling for a public inquiry into the government’s handling of the pandemic so lessons can be learned to limit future virus-related deaths. It has criticized Johnson and his Conservative government for a lack of protective gear for health workers, delaying lockdowns too long and having a too-lax travel policy.

After months of deflecting calls, Johnson confirmed in May that a public inquiry will start to hear evidence next year. However, the bereaved families thinks that’s too late. The group said “we see no reason why preparations for the inquiry cannot begin now, particularly as nearly 1,000 people are still losing their lives each week.”

The U.K., which recorded another 167 virus-related deaths on Tuesday, has Europe’s second-highest death toll after Russia during the pandemic, with nearly 136,500 confirmed deaths.

At the meeting, the group said Johnson indicated that the National COVID Memorial Wall, opposite the Houses of Parliament, is a “good candidate” to be a permanent memorial to those who died during the pandemic.

The wall is already decorated with more than 150,000 red hearts, each one representing a life lost. In the early days of the pandemic, there was very little testing for the virus.

Johnson visited the wall in April, an experience the group said he called “very moving.” 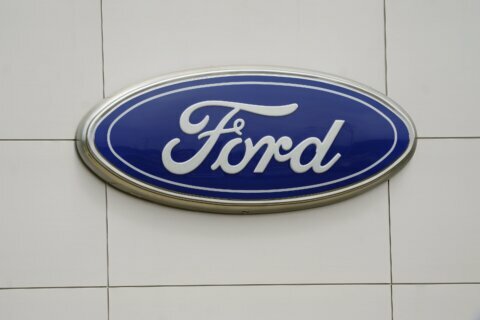