MADRID (AP) — A British couple wanted by United States authorities as suspects in the death of a scuba diver in Florida a decade ago is facing extradition from Spain after their case was featured on an American television show.

Christopher Jones and Alison Gracey were arrested in April by regional police in the northern Basque town of Muskiz, near Bilbao. Fox channel’s revival of “America’s Most Wanted” had profiled their case only days earlier.

Gracey appeared before a Spanish court on Thursday, where she refused to willingly accept extradition. A judge, a state prosecutor, and her defense lawyer briefly questioned her. The decision on the extradition order is supported by Spanish prosecutors. The judge is expected to rule on it in the coming days.

The couple is wanted by U.S. officials for the manslaughter of Aimee Rhoads, a scuba diver who died while on an excursion in a charter boat their company operated in the Florida Keys.

The boat sank on Dec. 18, 2011, killing Rhoads and injuring others. The U.S. Justice Department said that the “alleged unlawful and careless manner in which the defendants operated the boat caused the death of an individual scuba diver.”

Gracey denied any wrongdoing before the Spanish court, saying that she did not want to be handed over to U.S. officials “because we don’t believe we are guilty. We believe we are innocent.”

The extradition proceedings are being handled separately for Jones, who has also been in custody since the couple’s arrest in April. He and Gracey are also accused of making false statements to the U.S. Coast Guard about the ownership of the boat.

The couple was not in the U.S. at the time of Rhoads’ death. They were arrested on the Caribbean island of St. Maarten in 2015, but they eluded extradition when they left the Dutch island.

Catalan separatist leader out of Sardinia jail, can travel 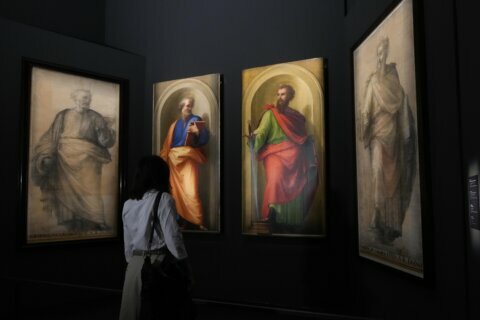 Vatican Museums, Uffizi team up to confirm a Raphael is real