BERLIN (AP) — A German court has ruled that a small far-right party can continue to put up election posters with the slogan “Hang the Greens” that authorities in an eastern city ordered removed.

But the administrative court in Chemnitz said Tuesday that the posters put up by the tiny III. Weg (Third Way) party must be kept at a minimum 100-meter (328-foot) distance from the Green party’s posters, news agency dpa reported. The environmentalist Greens are one of three parties running for the chancellery in Germany’s Sept. 26 parliamentary election.

City authorities in Zwickau ordered last week that III. Weg remove its posters within three days and said that local officials would otherwise take them down themselves. It argued that the slogan was a violation of public order and human dignity.

In issuing an injunction against the decision, the court said it was unclear whether conditions to limit freedom of expression were fulfilled.

The city of Zwickau said it plans to appeal to a higher court in Bautzen. Mayor Constance Arndt said it made no difference whether the III. Weg posters were kept 100 meters away from Green election ads, and “the call to hang the Greens is and remains completely intolerable, undemocratic and irresponsible.”

The Greens’ regional branch had said it hoped the city would appeal, saying that what it called a “call to kill” thousands of members and supporters “has no place in a public space.”

Algeria suspends flights to and from neighboring Morocco 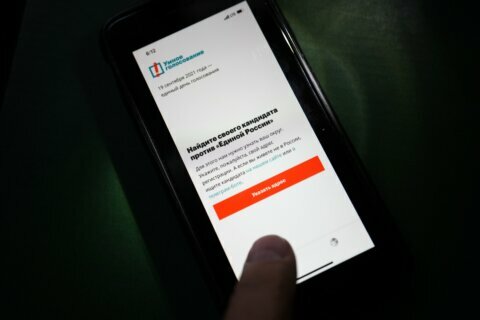