LONDON (AP) — British airline easyJet said Thursday it rejected an unsolicited takeover approach as it announced plans to raise another 1.2 billion pounds ($1.7 billion) from shareholders to shore up its recovery from the coronavirus pandemic.

In a statement, the company said its board had “unanimously” rejected the offer from an unnamed company, which according to widespread speculation in financial markets is thought to have come from rival Hungarian airline Wizz Air.

EasyJet said that under the terms of the offer, its investors would have swapped their shares for new ones in the bidder. According to the board, the offer “fundamentally undervalued” easyJet.

“The potential bidder has since confirmed that it is no longer considering an offer for the company,” the company said.

As well as detailing the offer for the company, easyJet said it wanted to raise money via a rights issue, under which existing shareholders are offered additional shares — in this case at a 36% discount to Wednesday’s closing share price — in order to build up its resilience as passenger numbers remain low.

EasyJet, which mainly flies to popular city and holiday destinations in Europe, said it expects capacity in the first quarter of 2022 to be running at 60% of the levels seen in the equivalent period of 2019.

In addition to bolstering the company’s balance sheet, Chief Executive Johan Lundgren said the new money will “also position us for growth so that we can take advantage of the strategic investment opportunities expected to arise as the European aviation industry emerges from the pandemic.”

It’s not the first time that easyJet has turned to shareholders during the pandemic. So far the company has raised 5.5 billion pounds, as well as selling dozens of its planes and leasing them back.

“It’s a risky move, particularly if the pandemic continues to drag on beyond the winter.,” said Hargreaves Lansdown analyst Laura Hoy. “However it’s sink or swim time in the aviation industry and the move could pay off if easyJet is able to expand its presence into more profitable routes.”

EasyJet’s share price fell by around 9% Thursday morning as the new shares dilute the value of existing shares. 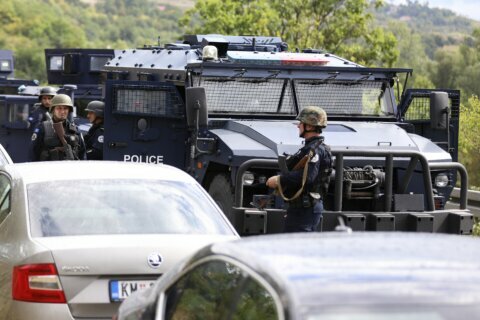 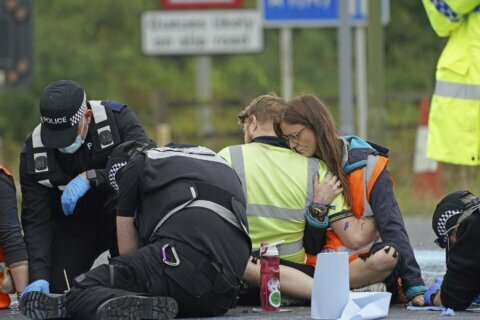