During the one-day state visit — his first to Ireland — Macron met with President Michael Higgins and Taoiseach Michael Martin.

Ireland is not among the approximately 130 countries that backed an Organization for Economic Cooperation and Development (OECD) deal which would see minimum corporation tax set at 15% worldwide. Ireland’s rate is currently 12.5%.

The proposal, supported by all Group of Seven nations, seeks to deter complex avoidance schemes that have cost governments billions in revenue.

Macron said while he believed a common framework “made sense” for a post-COVID-19 world, it was not for France to “put pressure” on Dublin to sign up to the agreement.

Martin said “significant challenges” remained before his government could accept the deal, but maintained that Ireland was “engaging constructively” in the discussions.

The taoiseach hailed France as Ireland’s “now nearest neighbor within the European Union,” following the U.K.’s departure from the trading bloc.

The leaders’ joint news conference was delayed following reports of the explosion at Kabul’s airport amid the evacuation operation by the United States and NATO following the Taliban takeover.

The French president said the security situation at the airport had “seriously deteriorated,” but work to move out foreign nationals and eligible Afghans would continue for as long as possible towards August 31, when U.S. forces complete their withdrawal from the country. 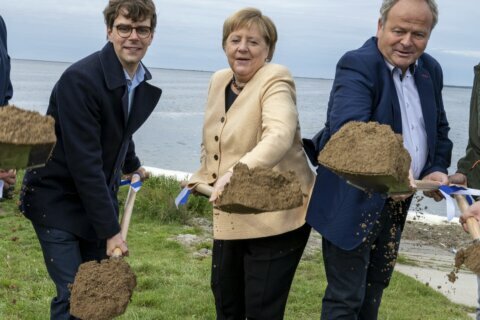