Belarus moves to stop Lithuania from sending back migrants

KYIV, Ukraine (AP) — Belarus’ border protection agency said Friday that it tightened control along its border with Lithuania to prevent Lithuanian authorities from sending migrants back to Belarus.

Lithuania, a member of the European Union, has faced an influx of mostly Iraqi migrants in the past few months. It accused the government of Belarus’ authoritarian President Alexander Lukashenko of encouraging the migrant flow in retaliation for the EU sanctions against his country following the diversion of a passenger plane to arrest a dissident journalist aboard.

Meanwhile, another EU member, Poland, also said it was seeing a rising number of Iraqi and Afghan migrants trying to enter from Belarus, in what a government official calls an element in a “hybrid war.”

In an emotional Facebook post, Lithuanian parliament’s human rights ombudsman Vytautas Valentinavicius described Lithuanian border police blocking dozens of migrants from crossing into the country and urging them to get back to Belarus early Friday while the Belarusian border guards fired warning shots into the air to deter them in a tense standoff.

As the situation escalates, Lukashenko ordered defense and security agencies on Thursday to “close every meter of the border” to keep out immigrants Lithuania sends back into Belarus.

Belarus state TV posted an image of Belarusian border guards standing in a line to close the border while a migrant with a child sits at their feet.

“The border guards used all necessary means to prevent the unlawful crossing of the border in view of the current situation under which the Lithuanian side is taking foreign citizens seeking refuge in the EU to the border,” the Belarus State Border Committee said in Friday’s statement.

It said it created mobile tactical groups to patrol the entire length of the border to prevent Lithuania from sending migrants back into Belarus.

Authorities in Belarus this week alleged that Iraqi immigrants forcibly expelled from Lithuania and sent back to Belarus had injuries, including dog bites, and had to be hospitalized. Belarus also claimed Wednesday that a “non-Slavic” person died from injuries at a border town but Lithuania dismissed the report as propaganda from a hostile regime.

Lithuania, a nation of less than 3 million people, has no physical barriers on its 679-kilometer (420-mile) long border with Belarus. More than 4,100 migrants, most of them from Iraq, have crossed this year from Belarus into Lithuania.

The prime ministers of Estonia, Latvia, and Lithuania issued a joint statement Friday, expressing their grave concern about the “ongoing hybrid attack” by Lukashenko’s government. They said the three Baltic nations stand together to “effectively protect the EU external border” and prevent migrants from heading to other EU members.

Maciej Wasik, a deputy interior minister in Poland, echoed that language, accusing Belarus of using migrants as a “living weapon” in a “hybrid war.”

Wasik said Polish authorities see the move as retribution for helping Belarusian Olympic sprinter Krystsina Tsimanouskaya come to Poland earlier this week to avoid possible reprisals in her homeland after a feud with her coaches at the Tokyo Games.

He said Poland has seen fewer migrants than Lithuania because its border is better guarded but that “in the last days we can see an increase.” 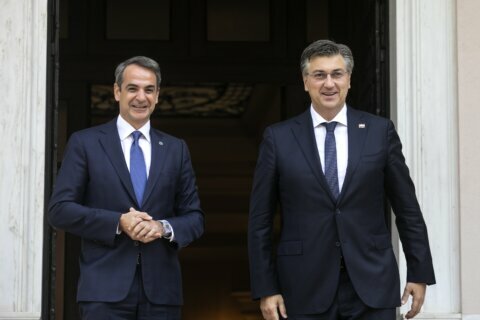 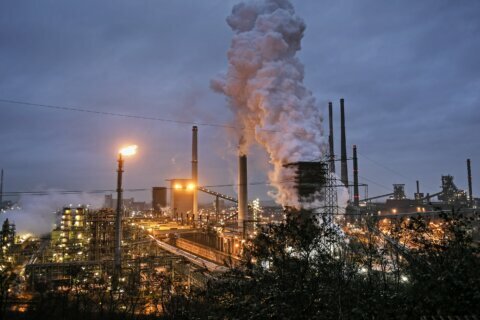