MOSCOW (AP) — Russia on Thursday said its airlines can resume charter flights to Egyptian resorts, which had been banned for more than five years after the suspected bombing of a Russian airliner in which 224 people died.

President Vladimir Putin cancelled his order suspending the flights, according to a document on the government information site that did not give details of the decision.

All Russian flights to Egypt were banned after the Oct. 31, 2015, explosion of a St. Petersburg-bound airliner soon after takeoff from Sharm El Sheikh.

Russian officials declared the disaster a terrorist bombing and claimed that security procedures in Egyptian airports were insufficient. Russian flights to Cairo resumed in 2018, but remained banned to the resort areas of Hurghada and Sharm El Sheikh.

Prior to the ban, Russians were the top nationality of visitors to Egypt, numbering about 3 million in 2014. 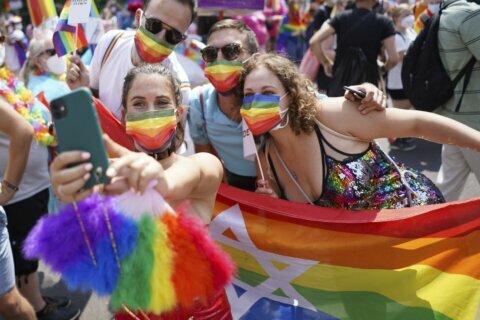 Thousands march and dance for LGBTQ rights at Berlin parade

UK’s summer getaway takes off but nothing like pre-COVID