ROME (AP) — Raffaella Carra’, for decades one of Italian television’s most beloved entertainers, a woman affectionately nicknamed the “queen of Italian TV,” died Monday at 78, Italian state TV quoted her family as saying.

Rai state TV read a statement from the star’s family, announcing that she died in Rome after a long illness. No further details were released.

With her energetic presence and strong, almost husky singing voice, the trim Carra’ was a wildly popular staple in the early heyday decades of Rai, especially when it was the only nationwide TV broadcaster.

With often sexy costumes — daring by state TV standards in a country where the Vatican wields considerable influence — Carra’ also was credited with helping Italian women be more confident with their bodies and their sexuality, once even baring her belly button during a TV performance.

But she could also be devastatingly classy in her dress and manners.

The La Repubblica newspaper wrote that she managed to pull off being provocative but still familiar and reassuring to millions of TV viewers. She also was considered an icon for gay fans due to her joyful performances.

Her trademark bouncy, blond haircut and bangs — dubbed the helmet look — were imitated by many fans.

TV magnate Silvio Berlusconi, the former Italian premier, mourned Carra’s passing, calling her “one of the symbols of Italian television, perhaps the most beloved personality.” In a post on Facebook, Berlusconi said with her TV programs, “she knew how to speak to various different generations, having the ability to always remain current with the times and without ever descending into vulgarity.”

“She was the lady of Italian television,” Culture Minister Dario Franceschini said. President Sergio Mattarella recalled Carra’ as the “face of television par excellence — she transmitted, with her talent and her likeability, a message of elegance, kindness and optimism.”

In one of her last interviews, Carra’ told an Italian magazine that “Italian women found me greatly likable because I am not a man-eater — you can have sex appeal together with sweetness and irony.”

She scandalized conservative TV viewers with a 1971 hit song, “Tuca, Tuca” a playful corruption of the Italian words “touch, touch,” which she sang while moving her hands up and down various men’s bodies. She performed the number many times with different stars, including one classic version with comedian Alberto Sordi.

A 1980s TV show she starred in, “Fantastico,” drew 25 million viewers, nearly a half of what was then Italy’s population.

But it was the 1970s TV variety program “Canzonissima” — roughly, full of song — that sealed her reputation as a star. Italians would be glued to their black-and-white TV sets every Saturday night to enjoy the musical variety show, which launched hit songs year after year.

Affectionately known as Raffa, Carra’ was born Raffaella Maria Roberta Pelloni in Bologna on June 18, 1943. She started her career as a singer, dancer, TV presenter and actress when still a child.

Later shows included a noon talk program called “Pronto Raffaella” (“Hello, Raffaella”). Some shows were tailored made for her exuberant performing style, including ”Carramba! Che Sorpresa,” (“Carramba! What a Surprise”) which debuted in 1995 and whose title played off her name and her years of being a presenter in Spain.

Carrà became popular in Spain and Latin America in the mid-1970s, especially due to translations of some of her catchy hits —”Fiesta” and “Caliente, Caliente,” among others — that she recorded in Spanish.

With a fondness for tight dresses and jumpsuits, the singer brought a breadth of fresh air to Spanish television sets with novel choreography to disco beats at a time when the heavily Catholic country was just emerging from four decades of a strict conservative dictatorship.

That’s when Carrà made her Spanish debut with a 10-minute performance in a musical program called “Ladies and gentlemen!” (“Señoras y señores!’), enough for the Italian singer to seduce many Spaniards with her spontaneity.

Carra’ wasn’t married. She had no children, but a former companion, TV director and choreographer Sergio Japino, quoted her as often saying, “I didn’t have children but I had thousands of them,” according to the Corriere della Sera newspaper. That referred to the 150,000 needy children over the years that she helped generate financial sponsors for through one of her TV programs called “Amore,” (“Love”).

Woman unaware she had $39M lottery ticket in purse for weeks 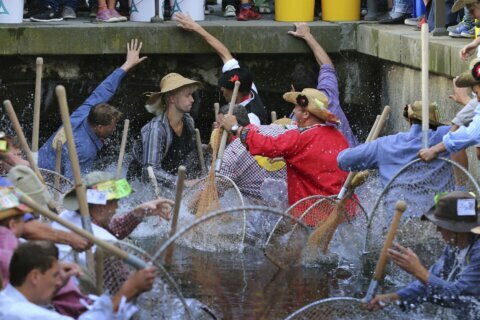 German court rules women must be allowed in fishing ritual 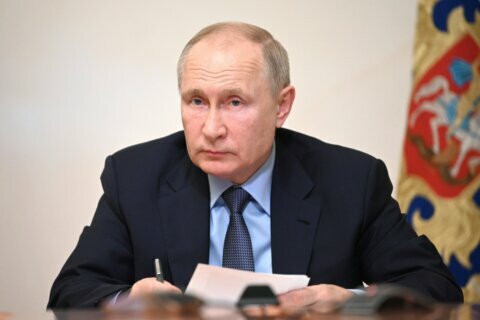