PARIS (AP) — France will impose a mandatory quarantine on visitors from Britain to prevent the spread of a worrying virus variant first detected in India, the French government said Wednesday.

Government spokesman Gabriel Attal said the new measure will be similar to limits imposed in Germany on people traveling from the U.K.

“France is going to take similar measures and so put in place obligatory isolation for people who come from the United Kingdom,” he said.

He didn’t say when the quarantine will be introduced. He said more information would be released shortly.

From Sunday, Germany started requiring people arriving from the U.K. to go into quarantine for 14 days. The decision responded to the spread in Britain of the Indian variant.

Under Germany’s tighter rules, airlines and others are also only be able to transport German citizens and residents from Britain.

The minister suggested that Britain could be put in a health category of its own, somewhere in between the strictest measures that France is imposing on visitors from India and 15 other countries, and more relaxed requirements being readied for visitors from the European Union and some other countries. 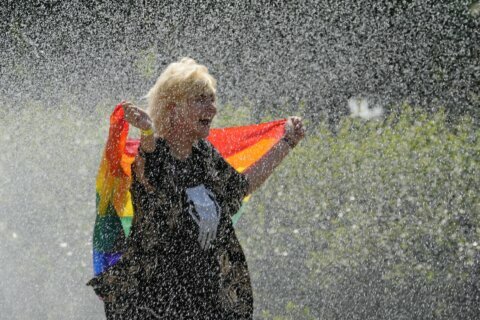