Following the storming of the U.S. Capitol by supporters of President Donald Trump, most national governments have shed any inhibition at aiming withering criticism at a sitting U.S. president. Several already embrace his rival as a beacon of hope to rebuild trans-Atlantic ties that have crumbled over the past four years.

“President Trump is already a thing of the past,” Prime Minister Antonio Costa of Portugal, which holds the EU’s rotating presidency, said Thursday.

“I don’t dabble much in provocation, but for me this page is turned,” EU Council President Charles Michel said.

All eyes are now on the future and Biden. “Above all, I am looking forward to the new American President,” said EU Commission chief Ursula von der Leyen. The sentiment was shared in much of the 27-nation bloc.

But right now it is unclear to what extent U.S. foreign policy has already fundamentally changed in a way that Biden could not — or might not want to — fully rectify. And as Wednesday’s historic riots at the nation’s legislature showed, he might have to center an overwhelming amount of his energy at home.

Two relatively simple moves from Washington though would please the EU no end — rejoining the Paris climate accord, the five-year-old global deal that commits participating nations to curb the worst of pollution and warming excesses, and the World Health Organization, which is focusing on the coronavirus pandemic.

President Obama joined the Paris climate pact but Trump unilaterally pulled out, much to the Europeans’ dismay. The same goes for the WHO, which Biden has also promised to rejoin.

“One of Biden’s first gestures will be to include the United States in the Paris agreement, and this will allow us to face up to the reality of climate change,” said Costa.

The Portuguese prime minister also said he hoped the incoming president will reinvigorate U.S. standing in multilateral bodies like the United Nations.

“This will mean that there is hope,” he said.

President Trump often criticized European allies for cowering under the U.S. defense and security umbrella while seeking economic advantage through subsidies and other trade tactics. This did little to endear him to them.

“The truth is that contacts at the highest level between Trump and the EU were very limited, and not only the past few weeks,” Michel, the EU Council President, told RTBF network. “Cooperation on many issues was extremely difficult.”

Nevertheless, the forthcoming change of administration doesn’t mean Washington will give the EU an easy time on issues like subsidies for European aircraft builder Airbus and other commercial matters. It has been a thorn in the side of good relations for many years.

“There are the US interests and EU interests that must both be defended, each on their side,” Costa said. “However, we must remain on friendly terms, the allies, and we hope that we will be able to overcome the difficulties.”

To smooth the way, the EU has already invited President-elect Biden to visit Brussels at the earliest opportunity, which Costa hopes might be during Portugal’s six-month presidency that ends in June.

“After four very barren years that we have lived through, we are now looking forward to four fruitful years,” said von der Leyen. 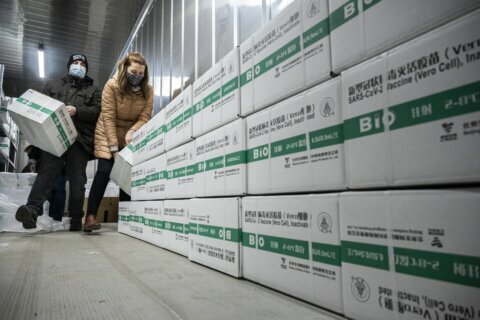