Review: Showtime’s ‘George & Tammy’ is much better at the acting than the singing

Long before Garth Brooks and Trisha Yearwood, long before Faith Hill and Tim McGraw, country music fans adored the legendary George Jones and Tammy Wynette, who got married in 1969, just a year after Johnny Cash and June Carter tied the knot in 1968.

Their volatile relationship is chronicled in the six-episode miniseries “George & Tammy,” which just dropped its finale Sunday night on Showtime with dramatic acting that’s the best in the world but singing that obviously can’t touch the powerful voices of the two legends.

Created by Abe Sylvia and directed by John Hillcoat, the series opens in 1967 with Jones already a massive star with hits like “The Race is On” but also with an alcoholic reputation for missing gigs as “No Show Jones.” Meanwhile, Virginia Wynette Pugh is just starting to embrace her middle name as a stage name as she idolizes Jones at the Grand Ole Opry.

After George sings Tammy’s hit “D-I-V-O-R-C-E” at the dinner table of her second husband Don Chapel, Tammy runs off with George for a hot-and-heavy love affair filled with duets. It eventually falls apart due to his drinking, forcing her to leave him to marry songwriter George Richey, who injects her with painkillers as George pines for her the rest of his life.

The mysterious Michael Shannon, Oscar nominee for “Revolutionary Road” and “Nocturnal Animals,” works as Jones during drunken outbursts and his voice is surprisingly good, but he doesn’t really look the part. In fact, co-star Walton Goggins, who plays Earl “Peanutt” Montgomery, looks more like Jones with close-set eyes fitting the nickname “The Possum.”

Oscar winner Jessica Chastain, defending champ for “The Eyes of Tammy Faye,” takes on another Tammy. As expected, she’s great in the acting scenes, but her singing is off-key belting “Stand By Your Man.” Even so, she is nominated for a Golden Globe as Tammy, though I would have rather seen her nominated for her role in “The Good Nurse” (2022).

It’s impossible to top Sissy Spacek as Loretta Lynn in “Coal Miner’s Daughter” (1980) or Reese Witherspoon as June Carter Cash in “Walk the Line” (2005), just as it’s hard not to think of “That Thing You Do!” (1996) when we see Steve Zahn as George Richey or “O Brother Where Art Thou” (2000) when we see Tim Blake Nelson as the icon Roy Acuff.

By comparison, it makes Austin Butler’s performance as Elvis Presley in Baz Luhrmann’s “Elvis” (2022) all the more impressive as the actor looked and sounded just like The King of Rock & Roll, making us forget that we were watching a movie (unlike a miscast Tom Hanks). I’m rooting for Butler to win the Oscar over Brendan Fraser in “The Whale” (2022).

While “Elvis” ran three hours, “George & Tammy” asks us to watch two people self-destruct for six hours. The show carefully portrays George’s domestic violence, making him passed out drunk when he strikes Tammy for waking him. We feel bad for her as he trashes the Christmas tree with shotgun blasts, while Tammy develops her own drug-addict demons.

We’ve seen this “at what price fame” morality play before, but that’s because it routinely happens in real life. By the time we get to “He Stopped Loving Her Today,” it packs an emotional wallop, reminding us why it’s arguably the best country song ever written. Every fan remembers the first time that they realized the song was about a wreath on his coffin.

Which brings me to one Rotten Tomatoes critic who wrote, “What you get are lots of musical sequences, featuring songs you don’t really know.” This lazy take says more about the reviewer than the TV series. Ignorance of music history isn’t a badge of honor, the same as Boomers not knowing Dr. Dre songs at the Super Bowl. Study history!

Thankfully, the final credits remind us just how influential George and Tammy were, boasting one last subversive feminist jab: “As a solo artist, George had more than 160 singles hit the Hot 100. Ten went to number one…just 10 shy of Tammy’s 20.” 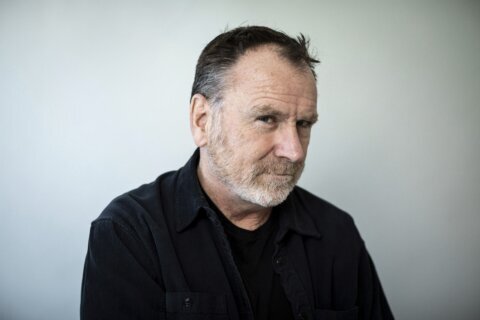