NEW YORK (AP) — Books and speeches, lyrics and interviews, impulsive tweets and sworn testimony: Keeping up with all the words issued over the past decade might overwhelm anyone, but even more so if it’s your job to keep up.

“Clearly, the speed of events meant that no matter when we went to press, we would be cutting off in the middle of the story,” says Geoffrey O’Brien, the general editor of Bartlett’s Familiar Quotations.

The 19th edition of the 170-year old reference work has just been published. It’s the first volume since 2012 and the second under the guidance of O’Brien, an author, poet and cultural historian and the former editor-in-chief of the Library of America. The new book welcomes thousands to the unofficial canon of quotability, including author Ta-Nehisi Coates, the late Supreme Court Justice Ruth Bader Ginsburg, Elon Musk and President Joe Biden.

“With the Internet and cable news, you have the constant manufacturing of statements of one kind or another,” O’Brien says, identifying his challenge as to choose quotations that have staying power beyond ephemeral news cycles.

Among the current class, none were more obvious, more problematic and more representative than former President Donald Trump, listed straightforwardly in the index as “Trump, Donald J(ohn), 1946-”.

Trump became a kind of test case for the proliferation of quotes in the 24/7 age and for the difficulty of sorting them. From launching his presidential campaign in 2015 through the end of his presidency and beyond, Trump has been an unending source of newsmaking words, spoken or tweeted at all hours.

“It became clear a certain amount of culling would be involved to pick out things that seemed crucial or sufficiently memorable,” O’Brien says. “It’s guesswork at best since nobody knows how anything is going to turn out. That’s why Bartlett’s has evolved over time.”

Trump’s quotes originate everywhere from a speech in Nevada (“I love the poorly educated!”) to one of his debates with Hillary Clinton (“Such a nasty woman”). One selection originates not directly from him, but from a conversation with then-Attorney General Jeff Sessions as documented in the Mueller Report: “Oh my God. This is terrible. This is the end of my presidency. I’m f—ked.”

Bartlett’s was founded in the 1850s by Cambridge, Massachusetts, bookstore owner John Bartlett. It has always been a subjective, even eccentric project. The initial editions were almost entirely dedicated to white, male English-language poets, statesmen and prose writers. The choices were unpredictable even within those limited boundaries: Bartlett included Benjamin Franklin, but not Thomas Jefferson; Thomas Paine, but not John Adams; John Keats, but not Percy Bysshe Shelley; the editor and translator “Mrs. Sarah Austin,” but not Jane Austen.

In recent decades, O’Brien and his immediate predecessor, Justin Kaplan, have opened up Bartlett’s to voices from around the world and from a broad range of backgrounds. Bartlett’s now includes words from Beyoncé, Usain Bolt, climate activist Greta Thunberg and writer Azar Nafisi. Bartlett’s also features Russian proverbs (“Live with wolves, howl like a wolf”), sea shanties and a Navajo hunting song (“Blessed am I/In the luck of the chase”).

O’Brien and his editorial team faced the challenge of broadening Bartlett’s while keeping its length around 1,400 pages. Some older entries — from Alfonso the Wise to Anthony Burgess — had to go and O’Brien said he was personally sorry to reduce the space for a favorite writer, English poet John Dryden.

Former Vice President Dan Quayle’s mangling of a United Negro College Fund advertising slogan, “What a waste it is to lose one’s mind,” has, perhaps mercifully, been dropped. So has best actress winner Sally Field’s seemingly immortal soundbite from the 1985 Academy Awards: “You like me!”

Fame does not guarantee quotability, and infamy does not lead to exclusion.

Bob Hope, a name once seemingly universally known, is not included. Neither is Johnny Carson, a U.S. cultural touchstone for decades. Contemporary celebrities left out include Oprah Winfrey, Jimmy Fallon, Trevor Noah, Howard Stern and the late Rush Limbaugh. At the same time, Woody Allen, Garrison Keillor and others whose standing has fallen during the #MeToo era remain. Kanye West and his unusual praise for Trump (“We are both dragon energy,” he told Time magazine in 2018) make the new edition.

O’Brien expressed regret over some of those left out, notably the late Rep. John Lewis. He explained that the goal was to be representative, but not encyclopedic. Among contemporary songwriters, for instance, Merle Haggard is in, but not Willie Nelson; Leonard Cohen, but not Randy Newman or John Prine. Dolly Parton is cited for the first time, although not for “Jolene” or any other song, but for her tagline, “It takes a lot of money to look this cheap.”

Not all of those newly included were satisfied with how the editors represented them. The longtime music critic Robert Christgau now joins such peers as Greil Marcus and Lester Bangs in Bartlett’s but personally would not have chosen a passage which begins “Punk nostalgia … is a grotesque oxymoron.”

“I’m not crazy about that sentence, there are hundreds if not thousands better,” he told The Associated Press, preferring a sentence he wrote for the Village Voice in 1969: “In the worst of times, music is a promise that times were meant to be better.”

Author and essayist Leslie Jamison was pleasantly surprised by the two excerpts Bartlett’s selected, calling them “central concepts” for her: one in which she refers to empathy as not “just something that happens to you” but a “choice we make: to pay attention, to extend ourselves,” and another in which she writes ”Unconditional love was insulting, but conditional love was terrifying.”

Author Rachel Kushner likes the idea of Bartlett’s ongoing evolution, saying to the AP that it’s a way of converting “writing into both a conversation and people talking over one another, which is true to what people do.” Her novel from 2013, “The Flamethrowers,” is listed for a passage about love and how “People who want their love easy don’t really want love.”

For future editions, should she be included, Kushner suggested a quote from a 2021 essay: “To become a writer is to have left early no matter what time you got home.”

She also mentioned a more urgent priority, that her “birthdate be followed in the biographical index by an em dash, and then a blank space.” 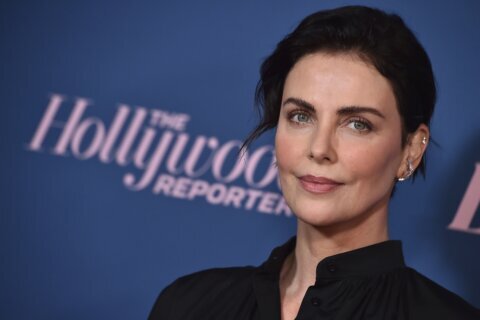 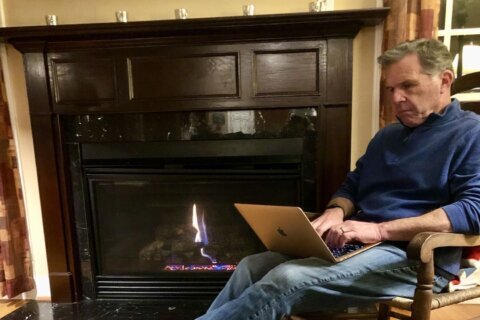