Arden Cho steps into the spotlight as ‘Partner Track’ star

As Arden Cho moved into the final stages of auditioning for the new Netflix series “Partner Track,” she had an…
Listen now to WTOP News WTOP.com | Alexa | Google Home | WTOP App | 103.5 FM

As Arden Cho moved into the final stages of auditioning for the new Netflix series “Partner Track,” she had an especially good feeling about the job after a Zoom meeting with producers.

“I believe it was a more than an hour and a half producer session, which is quite on the long side. I remember when it ended, one of my best friends from Hawaii was visiting and waiting in the living room. She was like, ‘Oh, I can breathe now. I haven’t been breathing for the last hour and a half. I’m so nervous. How did it go?’ I looked at her and I was like, ‘I think I have a job. I think I’ve got this.’ Luckily, I was right.”

In “ Partner Track,” debuting Friday, Cho plays Ingrid Yun, an attorney whose goal is to make partner at the old boys club law firm she works for in New York. She excels at the job but must navigate microaggressions and favoritism shown toward her male, mostly white coworkers. The expectations of the job always come first for Ingrid, so her personal life takes a back seat. With family, friends and boyfriends she’s often behind and apologizing.

The series is based on a novel by Helen Wan.

Cho, who is best-known for her roles on MTV’s “Teen Wolf” and “Chicago Med,” says the more she researched the character, the more she realized they had a lot in common.

“Once I started prepping and really getting into it, I was like, ‘Wait, this is more about her being a 29-year-old woman at this very tough point in her life.’ And I’m like, ’Wait, I’ve done this. I’ve been there.’ I was like, ‘Oh, I know this girl. And I was like, I am this girl.’ There are very few times in my career where I’ve felt so connected to a project. The shoe fit.”

“When we saw Arden’s audition, we were so excited to see this great blend of steely toughness with, at the same time, a sweet vulnerability as well,” Lee said. “I think it’s a combination many people may recognize and relate to.”

Besides Ingrid’s quest to succeed, she’s also making good money in the big city and has a great apartment and clothes, friends with their own interesting storylines, and two good looking guys vying for her attention, which make it fun to watch. Cho says people who’ve seen the show already are weighing in on her character’s love triangle.

“My agents and team are texting me, and everyone’s mad. I love how angry people get watching because I’m like, ‘Nice, we did it.’ It’s not a drama if we don’t have the drama.” 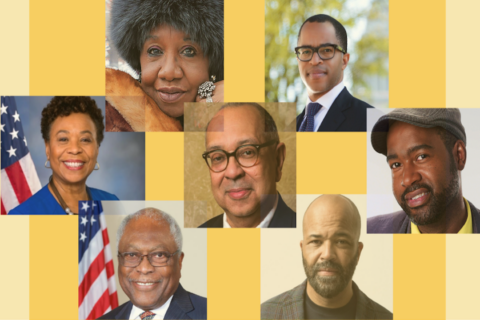