America has Hollywood and India has Bollywood, but Nigeria makes magic in Nollywood.

The journey to Nigerian movie stardom is explored in “Nollywood Dreams,” which makes its regional premiere at Round House Theatre in Bethesda, Maryland, through July 3.

“The story follows a young girl on the journey of becoming an actress,” actress Renea Brown told WTOP. “Ayamma and [her sister] Dede work at their family’s travel agency, Okafor Travels. … A famous film director, Gbenga Ezie, is creating a film called ‘The Comfort Zone’ and is opening auditions up to the public, so Ayamma goes.”

The fictional film that they’re shooting parallels the characters’ own lives. Brown said it was about a man caught between two worlds: “Does he go to America, pursue his dreams and fall in love with an American woman? Or does he go back to Nigeria where the love of his life is still waiting for him?”

Against this celluloid backdrop, Brown enjoys playing the starry-eyed sister Dede — “the older sister by two years, and she’ll make that very clear!,” Brown said — who is immersed in pop culture and obsessed with a famous actor.

Brown said Bioh’s work “has opened up a door clearly for an African voice, an African body, an African mind on stage,” Brown said. Bioh is also an actor, Brown said, and “You can tell in the text that she is writing for the actor. She’s writing the bits that you can build off of.”

She finds it refreshing to perform an African play that transcends stereotypes — a story about “joy, love and excitement.”

“It’s not about poverty, famine, things that we are taught all of Africa is,” Brown said. “She has given me a gift that she probably doesn’t even know — this is the first time I’m doing a professional show with an all-Black cast, a Black playwright, a Black director. That’s huge for me.”

Speaking of the director, Raymond O. Caldwell stages a visually dynamic set. “We are on a revolve,” Brown said. “At times you see one place; at times you see two places. Time is happening at the same time in these two places.” She added that the costumes “steal the show — beautiful head wraps, some Nigerian ’90s influences [with] a dash of Hollywood, African prints with blazers.”

Brown grew up in Lexington, Kentucky, “where we have Wildcats basketball, tobacco and bourbon,” She moved to D.C. to work for the Shakespeare Theatre Company, and went to grad school at the Academy of Classical Acting. She’s making her Round House debut after “The Tempest” at Shakespeare Theatre Company, “Change Agent” at Arena Stage and “Love Factually” at the Kennedy Center. 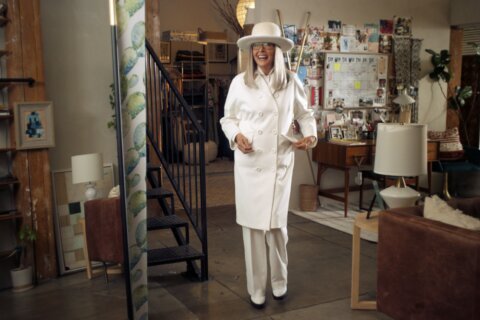