‘The game is afoot’ at a NYC Sherlock Holmes exhibit

It wasn't easy for Glen Miranker to select what to share from his Sherlockian trove when he and his wife, Cathy, created the exhibit, "Sherlock Holmes in 221 Objects," now on display at the Grolier Club in New York City.
Listen now to WTOP News WTOP.com | Alexa | Google Home | WTOP App | 103.5 FM

It wasn’t easy for Glen Miranker to select what to share from his Sherlockian trove when he and his wife, Cathy, created the exhibit, “Sherlock Holmes in 221 Objects,” now on display at the Grolier Club in New York City. A former executive at Apple, Miranker has amassed a treasure of Holmesiana – first editions, pirated copies, illustrations, and letters – that today comprises about 8,000 objects.

Correspondent Faith Salie asked, “When do you stop?”

“Well, my plan, my hope, is I will stop the day before I die!” he replied. 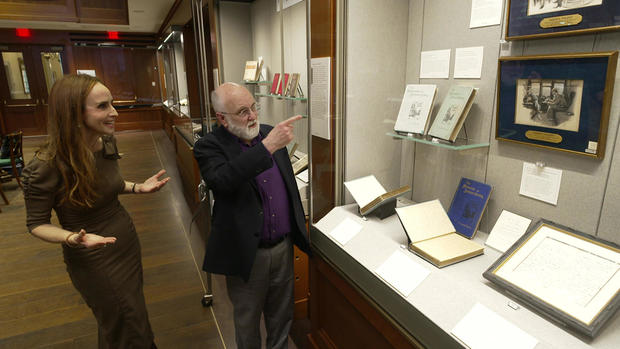 And there’s no mystery why Miranker is fanatical about the mercurial detective: “He’s kind of a magical figure,” he said. “He can do things you and I can’t do. He was highly flawed, no doubt a misanthrope, probably a bit of a misogynist. Yet, he spent his life helping people.

“Very large part of what interests me about the items in my collection is, how did this book get written? Why was it written? How much did Conan Doyle make on it? What is the backstory?” 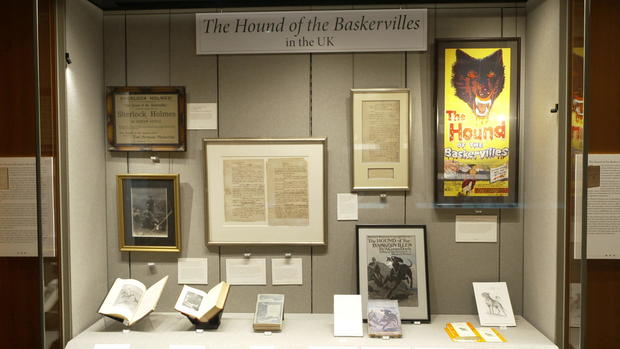 “The Hound of the Baskervilles” first appeared in serialized form in 1901-02.

“People would buy the latest issue of The Strand Magazine at the news shop at the train stations, and they would become engrossed, and they would tumble into the story like Alice falling into the rabbit hole,” she said. “They would look up, and they’d missed their stops.” 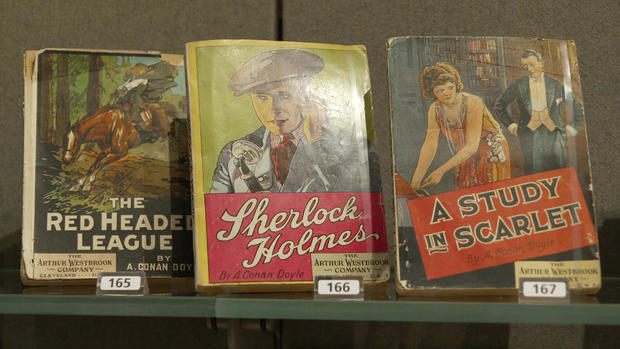 The “221 Objects” offer a little myth-busting, too. Holmes’ famous quip, from “The Hound of the Baskervilles,” actually reads, “Interesting, though elementary.”

“That may not be the line you remember,” said Cathy Miranker. “You probably remember, ‘Elementary, my dear Watson,’ which actually is not in this story. It’s not in any story that Arthur Conan Doyle ever wrote.”

And now that we’ve cleared that up, how about that iconic hat and pipe? According to Glen Miranker, “Neither the deerstalker hat or the Meerschaum pipe appears in any of the stories. They’re not there. The closest we get is this deerstalker which appears in one of the original illustrations, but it’s not mentioned in the story itself.” 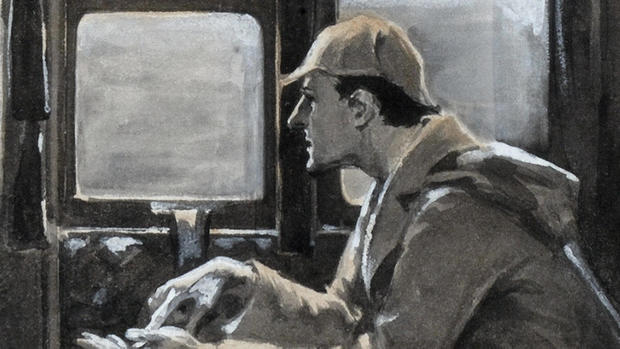 Sidney Paget’s illustration of Sherlock Holmes for The Strand Magazine’s publication of “The Adventure of Silver Blaze,” December 1892.

The signature pipe was an invention of actor William Gillette, who first played the detective in 1899, and wanted to brandish a big-bowled prop. “So, he wrote to Conan Doyle and said, ‘Do you have any objections if I use such a pipe?’ said Glen Miranker. “And Conan Doyle politely said, ‘You can do whatever you want. I don’t care.'” 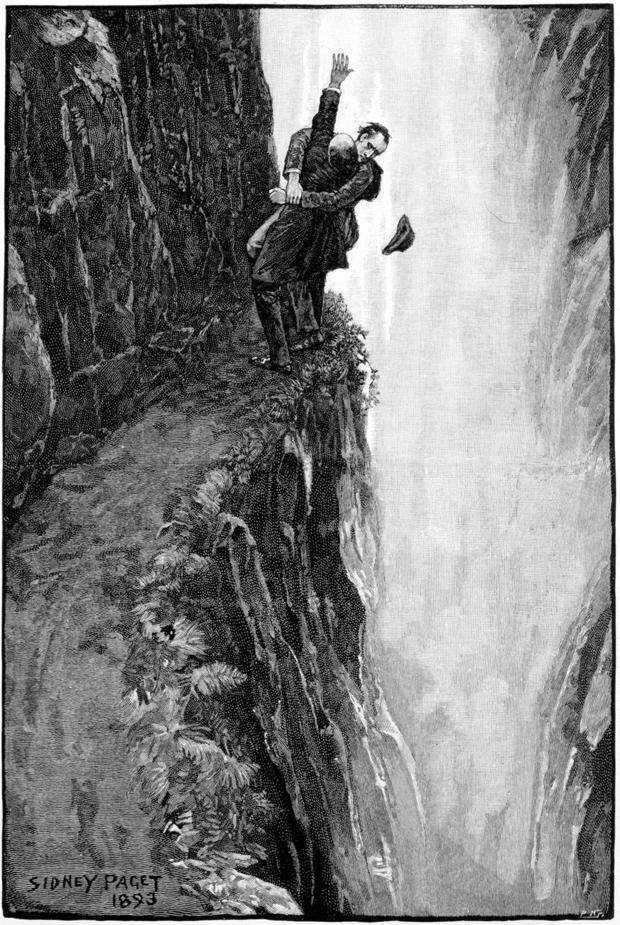 Sidney Paget’s illustration of Sherlock Holmes and Professor Moriarty on the edge of the Reichenbach Falls in Switzerland, from “The Adventure of the Final Problem” (1893). But for Holmes, it was not to be so final.

Perhaps Doyle’s indifference to Sherlock’s persona had something to do with the fact that he came to resent the popularity of his hero so much that he ultimately threw Holmes over a cliff at the hands of his mortal enemy.

And one of Miranker’s most prized items is Doyle’s written confession: “I have been much blamed for doing that gentleman to death. But I hold that it was not murder but justifiable homicide in self-defence since if I had not killed him, he would certainly have killed me.”

Salie said, “When you talk about Sherlock Holmes, he sounds like a real person and someone you know?”