Azriel Clary, one of the R. Kelly survivors who testified against him in court, is opening up about a 2019 interview with CBS News in which she defended the disgraced R&B singer. Clary said Kelly had told her to “be angry” and coached her on what to say.

Kelly was found guilty on federal racketeering and sex trafficking charges on Monday. He could face life in prison.

Clary was 21 years old when she first sat down with CBS News in 2019. She was still living with Kelly and another woman, Joycelyn Savage. They both defended Kelly and said they were his “girlfriends.” Both women claimed he was not abusive, but at the time of the interview, Kelly was nearby and made his presence known to the women.

“For five years, since I was 17, I didn’t have any relationships with any other women except for the women that he had been intimate with. And so when I did that interview with you, I instantly regretted immediately how I reacted,” Clary said.

“I don’t know, something about just watching you be very casual and calm and collected and it just reminded me of me. I was, like, ‘Wait a minute. I used to be that poised. I used to be that calm. You know, what happened to that girl? Where did she go?'” 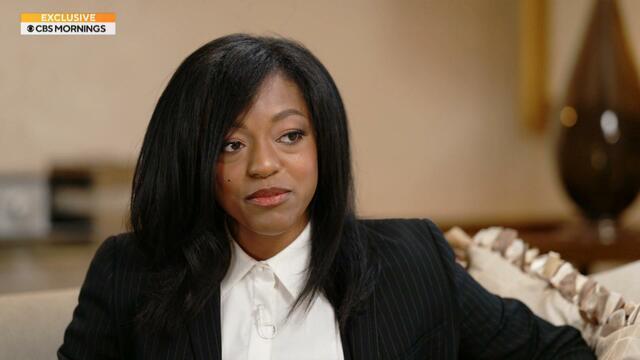 Clary said after that, she knew that Kelly noticed something “had shifted” in her.

“It kind of made me kind of wake up in a sense, and realize, ‘Why am I acting like this? Why am I putting myself through all of this misery? Why am I exploiting myself for a man who has me in this position in the first place, you know?’ And I really had to come to terms and, you know, realize that it wasn’t love,” she said. “Love doesn’t hurt, you know?”

Clary left the apartment she shared with Kelly in Chicago seven months after the 2019 interview.

But at the time, Clary said, she was afraid.

“He did his interview first,” she said about Kelly, who had also sat down with King.

“Like, he came in and he told us to be angry and be upset and she’s gonna try to do this,” Clary said. “And so we were — we came in angry.

During R. Kelly’s trial, Clary testified that he began sexually abusing her when she was 17 years old. She also said at the trial that she “was not honest in the interview.”

Asked what she wasn’t honest about, Clary replied, “Everything.”

“Before that interview, you know, he had us practicing every single day,” she said. “Answering questions. … And if he didn’t like our answers, he would tell us exactly what to say and how to say it.”

Clary said any time King mentioned anything about sexual preference, “We already know to say, ‘I’m not here to talk about that’ ’cause that’s what he told us to say every single time.”

When the interview was over, Clary said Kelly “was so happy.”

“He was, like, ‘You guys did amazing. You know, you did so well. You carried yourself so well.’ I believe he even, like, got food and wanted to celebrate. That’s how happy he was with that interview. And I was just there, like, ‘Wow,'” she said.

“What did he think about how he came across in the interview?” King asked.

“Truthfully, I think he believed that he had done well. He felt like he had really made a great reflection of himself and where he was in life and how all these women were lying on him and how all these people were just, you know, out to get him. And, you know, that sympathy card that he just loves so much,” Clary said.

Asked if she ever had conversations when Kelly wasn’t around about the situation, Clary said, “I feel like a lot of people tried, but everyone always got beat over it because he was very good at manipulating the situation.

“So even if he knew or not, he would basically say — he could come in this room right now and he would say, ‘You know, I’ve already spoken to Joy. She already told me exactly what you guys have been talking about. You have five minutes to be honest or you’re going to be thrown around this entire room.'”

The way they were living with Kelly had “become very normal,” Clary said.

There was “nothing” anyone could have said or done to help her leave the situation, she said.

Some of Clary’s testimony at the trial was so graphic, the judge didn’t allow it to be released to the public.

“It was very disturbing to have to relive those moments,” Clary said about testifying. “A piece of me was happy because I felt like this person no longer has control over me, you know? You don’t tell me what to do and what to wear and where to go and how long to be in a room anymore.”

Clary said it was important to sit down for another interview.

“Even I have to take accountability for my actions,” she said. “It’s OK to reevaluate your life. It is OK to change your mind, you know? You are never too old to wake up and say, ‘Hey, I thought this was good for me, but it’s actually not.’

“And so I feel like that’s why it was important for me to come back here and see you again, because it is OK to change your mind. It is OK to apologize and forgive yourself, more importantly. And that’s really what I had to do.”