Tom Holland has bravely stripped off his Spider-Man costume to play a gritty, heroin-addicted veteran in the new movie “Cherry,” looking in no way like a superhero. Unfortunately, no one told the filmmakers.

“Cherry” has an identity problem and that may be because directing duties have been handed to Anthony and Joe Russo, best known for directing films in the Marvel Cinematic Universe, including two Captain America films as well as “Avengers: Infinity War” and “Avengers: Endgame.”

That means the brothers who gave us such universe-changing events as the Thanos snap are telling one Cleveland man’s story of heartbreak, aimlessness, soldiering, addiction, robbery and incarceration. And yet they haven’t changed the way they make films.

Overly long, bombastic and poorly focused, “Cherry” is based on a semi-autobiographical 2018 novel by Nico Walker, a decorated U.S. Army veteran who served time in prison for turning to bank robbery to feed his addiction.

“I’m 23 years old and I still don’t understand what it is that people do,” he says in a voiceover at the beginning, setting him up as a perpetual outsider. “The trees are nice. I don’t understand them either but I like them.”

Holland should get credit for giving his all in a harrowing role, complete with navigating the terrors of war, PTSD afterward, drug-addled semi-consciousness, lesions on his haggard face due to heroin and bank robbing swagger.

But it’s largely wasted as the Russo brothers add gimmick after gimmick — slo-mo, writing “AARGHH” in red letters, magical realism, aerial pan shots, stolen techniques from Martin Scorsese and Wes Anderson, the use of classical music or opera to goose the drama level, saturated colors, breaking the fourth wall by having Cherry talk directly to the camera and inconsistent embrace of the ridiculous.

They’re thrashing about for a consistent style, tone or unified vision. It’s like “Requiem for a Dream” meets “The Hurt Locker” with touches of “Natural Born Killers” and “Apocalypse Now.” This story really needed an unflashy, unflinching hand that connected all the various parts of a life into a coherent profile. Instead the directors opted for look-at-me filmmaking. They turned a book into a comic.

It’s not even overly clear what this movie is saying. Is it about the long-term costs of deploying our military? The depravity of addiction? The redemptive power of love? An indictment of the American penal system? Or late-stage capitalism? Or lack of veteran medical care? Maybe just pick your friends with caution? Say something, anything.

The script — by Jessica Goldberg and Russo sister Angela Russo-Otstot — has some depth and wry humor (“My one true accomplishment was not dying,” Cherry says of his service in Iraq) but the flashy visuals swamp any sense of honesty being created. The Russo brothers don’t seem to really understand their lead character’s journey, they just want to be in on the action.

Holland’s character — he is unnamed throughout, but is told at one point in Iraq that “you got your cherry popped today” so becomes Cherry — goes through several chapters in the film and his relationship with Emily (a supremely excellent Ciara Bravo) emerges as the spine. They meet, fall in love, fight, get separated while he goes to Iraq and fall into addiction when he returns. It likely will not end well: “Sometimes I feel like I’ve already seen everything that’s going to happen. And it’s a nightmare,” Cherry says.

Part Three — in Iraq — plays to the filmmakers’ strengths. As anyone who has seen them direct Avengers, the Russos know violence and the chaotic war scenes of dusty explosions, fiery vehicles and the whistle of bullets are first-rate. Fellow soldiers are callous and sadistic. “Everything there was about dying,” Cherry says.

Stateside, our couple’s descent into addiction — Xanax leads to oxycodone , which leads to syringes of heroin — is expertly handled, not afraid to show the ugliness and yet also getting close to romanticizing it. Cherry’s PTSD has led to his girl sampling his pill stash and getting hooked herself. “I’m not good for you,” he tells his love.

And yet the transition to bank robbery is played for laughs, Cherry and his always-high, bumbling crew play at being stick-up men. That is until one meets an unexpected and grisly end, giving the viewer whiplash again. Cherry’s decision making at the end is very cool visually, but hard to understand and never explained.

The epilogue is perhaps the best part of the film — a wordless montage covering Cherry’s 14 years in prison, a seemingly endless loop which echoes the rhythm of the years he spent in the Army. When he emerges, will Emily be there? Is she even alive? And, more importantly, is there anyone out there still watching?

“Cherry,” an Apple TV+ release, is rated R for graphic drug abuse, disturbing and violent images, pervasive language, and sexual content. Running time: 141 minutes. One and a half stars out of four. 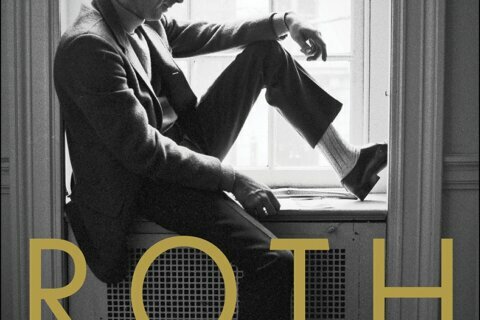 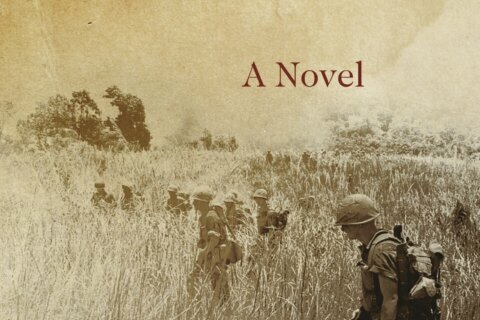