The urban dirt-bike culture of Baltimore wowed the Sundance Film Festival back in January, just two months before the pandemic upended the entire film industry.

Now, “Charm City Kings” shifts to streaming and will drop on HBO Max on Thursday.

“When the movie was picked up first by Sony Pictures Classics … the idea of a limited theatrical release bumped up to 1,300 theaters in April,” director Angel Manuel Soto told WTOP. “The next week … we started hearing news [of] lockdowns. … Luckily, we have HBO, who saw the film, loved it and became very passionate about the movie.”

Produced by Will and Jada Pinkett Smith, the film is a narrative adaptation of the documentary “12 O’Clock Boys,” which premiered at South by Southwest in 2013.

“One of the things that really inspired not only me, but the writers and Jada and Will was how it depicted a subculture that hadn’t been explored,” Soto said. “It was shot in such a way that made it very appealing and beautiful and artistic.”

The script was written by Sherman Payne from an original draft by Barry Jenkins.

“[Payne] took over the rewrites after Barry went to do ‘Moonlight,'” Soto said. “Sherman also brought in his own examples and was able to craft this coming-of-age story that really relied on the authenticity of the characters, the authenticity of being a teenager and innocence, and also the beauty and uniqueness that Baltimore has as a city.”

The story follows a 14-year-old named Mouse, who desperately wants to join the Midnight Clique, an infamous group of Baltimore dirt-bike riders who rule the streets.

“These kids are artists on their bikes,” Soto said. “I have never in my life seen somebody tap dance while doing a wheelie! … Much like skateboarding or BMX [was] seen as vandalism or vilified in the past, now they are extreme games. The same thing with [graffiti] murals, they were seen as vandalizing and now they’re an art form.”

Mouse is portrayed by Jahi Di’Allo Winston, who leads a cast of familiar faces, including rapper Meek Mill and “If Beale Street Could Talk” alum Teyonah Parris.

“These kids were a dream come true,” Soto said. “It was very impressive to see how [Winston] was able to control the character. … Meek Mill is a great rapper and had been already in prison. … As for Teyonah Parris, there’s only so much you can say about a pro like her. I learned so much from her … somebody of such caliber.”

Soto found parallels between Baltimore and his native Puerto Rico.

“I was born in Santurce, a borough in the capital San Juan,” Soto said. “I pretty much lived [on] the same block that Mouse lived in. … The same effects that marginalization has on communities forgotten by the same person with Puerto Rico being a colony of the U.S. and Baltimore being a city in the U.S. They have both been left for dead.”

It was in San Juan that he discovered American cultural exports.

“I remember seeing Indiana Jones in the theaters, George Lucas’ ‘Star Wars’ was my first movie that I saw on cable,” Soto said. “As I grew up, films from [Martin] Scorsese started … a type of American cinema that I was really falling in love with: [Francis Ford] Coppola, [Paul] Schrader, Brian De Palma. Those were my heroes growing up.”

“I started opening my eyes to [Pedro] Almodovar and started branching out with [Pier Paolo] Pasolini, [Jean-Luc] Godard, [Federico] Fellini,” Soto said. “The whole new wave of Mexico with [Alejandro] Inarritu, [Alfonso] Cuaron, [Guillermo] del Toro. I started picking up from all those heroes of the craft and tried to find my own identity.”

That identity includes showing the world a different side of Puerto Rico.

“I can’t wait to show the world that we exist, not only when disaster strikes, not only when there’s a reboot for ‘West Side Story,’ but also to tell stories that resonate with our experiences and our realities, so that we can make the world a better place.” 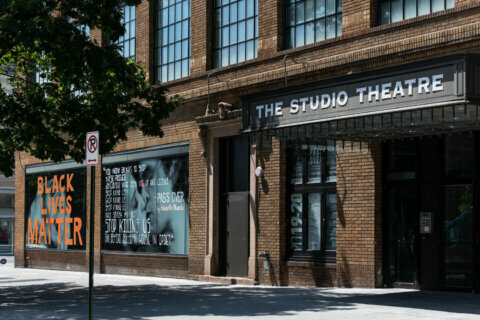