In 1964, the original Broadway production won nine Tonys, including Best Musical, en route to an honorary tenth Tony as the longest-running musical in Broadway history.

This week, the North American tour of “Fiddler on the Roof” hits National Theatre.

“Tevye, Topol and ‘Fiddler on the Roof’ is part of our soundtrack of Jewish and Israeli life,” Israeli actor Yehezkel Lazarov told WTOP. “I saw it only once on stage in Israel because for many years musicals weren’t that popular in Israel. When I got the role I was in shock that I had the opportunity to go into these huge shoes … I actually met Topol a month ago in Israel at a party. … It was quite amazing to hear from this man about the thousands of times he did this show. I’m trying to compete with him!”

Adapted by Joseph Stein from Sholem Aleichem’s “Tevye and his Daughters,” the story follows Jewis milkman Tevye raising five daughters during the Pale of Settlement of Imperial Russia in 1905.

He tries to uphold his religious traditions in an ever-changing world as his three eldest daughters choose husbands that go against Jewish heritage.

“Tradition is something that can be beautiful with all the religious things we have and the weddings, but on the other hand, religion can destroy and be very hard for some people, especially when it happens in the family,” Lazarov said. “I’m trying as the father to keep the tradition when my three daughters are falling in love with three different men: one is poor, one is a fighter who wants to leave and go into Siberia and take my daughter away from me; and the third one is non-Jewish, which is the worst for Tevye.”

His daughters aren’t his only concern, as Tevye grapples with wider circles of conflict.

“[There is] the conflict I have with my wife, Golde,” Lazarov said. “Then the third circle is the community, the Russian pogroms who are trying to send us away from our land and the tragedy about it. That’s what keeps this story very, very relevant.”

The songbook by Jerry Bock (music) and Sheldon Harnick (lyrics) is equally timeless, including “Tradition,” “If I Were a Rich Man,” “Matchmaker, Matchmaker” and “To Life.”

“Every song is a hit,” Lazarov said. “You hear the audience know it by heart. When I’m starting the show, before I sing ‘Tradition,’ there are a few people that sing it before me. … The music is beautiful. It’s just beautiful. … It’s very simple and clear. Every song is like a little show that has a beginning, middle and end. You can understand the whole story through one simple song. You have ‘Sunrise, Sunset.’ This is genius.”

Israeli choreographer Hofesh Shechter adapts the original dance numbers by the legendary Jerome Robbins, while director Bartlett Sher leads the same creative team behind “South Pacific,” “The King and I” and the Tony-winning Best Play “Oslo.”

“What’s beautiful about this production is that everything keeps itself very simple and very clear,” Lazarov said. “There’s amazing choreography by Hofesh Shechter. The directing is very simple. Everything is for real. We are there for real. We are not trying to exaggerate anything. You need a bench, there’s a bench. You need a house, there’s a house. You need a cart, there’s a cart. That’s it. We’re not trying to add anything. The directing is brilliant, the lighting, the costumes, the cast, the dancers, it’s unbelievable.”

To play the role, Lazarov had to take extended trip to the U.S. from Israel, where he is a renowned actor, theater director and founder of an interdisciplinary arts school.

“I was performing and my agent said, ‘They’re looking for Tevye.’ I said, ‘Yeah but I’m too young,’ like a line you hear and then it’s passed,” Lazarov said. “I’ve been on stage since I was 8 years old. I started as a tap dancer, I was a contemporary dancer in a company for many years, then I turned into an actor in my 20s. They saw that and said, ‘We want you to send ‘If I Were a Rich Man.’ I sent them this tape and got the role.”

He feels like it’s his purpose to be playing this role and this exact time.

He has enjoyed it so much that he agreed to stay on for a second year of the tour.

“We’re getting a lot of happy crowds every night and that’s what has kept me to do a second season,” Lazarov said. “Coming [to America] I thought, ‘I don’t know what’s going to happen.’ I came with my family, three daughters of my own and my wife, we’ve been traveling, but I saw the way the audience responded and the warmth we were getting to this show. You get addicted to that. I just couldn’t say no.”

Today, he is approaching his 400th performance with no signs of stopping.

“I could do it for 60 years,” Lazarov said. “I understand exactly why this thing is continuing and will continue forever. There is a certain code there that once you open it, you don’t want to close it. I’m serious. You can do that forever. You can watch that forever. I have old people who come to the show and say they’ve seen it 20 times with all the Tevyes over the years. Of course, they like me the most!” 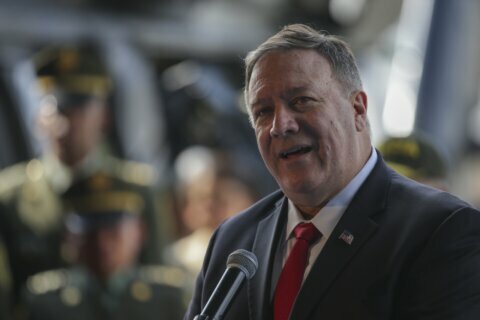 Pompeo lashes out at journalist; NPR defends its reporter 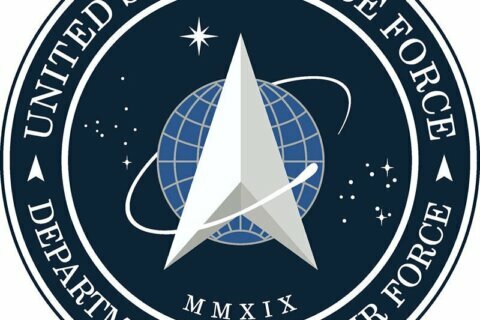