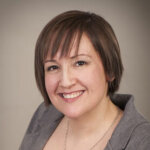 Festival season is in full swing, and while many such as Lollapalooza, Coachella and Bonnaroo require a lot of time and travel to get there, the D.C. area is lucky to have the Firefly Music Festival only a short car trip away in Dover, Delaware.

In its eighth year, Firefly is considered one of the bigger music festivals in the country attracting top acts, including this year’s headliners Panic at the Disco (Friday, June 21), Travis Scott (Saturday, June 22) and Post Malone (Sunday, June 23), plus the return of indie darlings Vampire Weekend.

However, the music fest has undergone major change since last year. Started by Red Frog Events in 2012, Firefly eventually partnered with Coachella founders Goldenvoice and AEG Presents in 2014.

After holding a majority stake in the fest since then AEG acquired the remaining shares from Red Frog after Firefly 2018, becoming the sole owner and taking over the promotion and production duties as well.

But don’t write off Firefly as just the East Coast Coachella. It remains to be seen how AEG’s ownership will change the festival.

The 2019 edition of Firefly could be a completely new experience, not only for festival newbies, but for Firefly veterans as well.

For starters, it’s been scaled back from a four-fest to three days. However, it does include a Thursday night pre-party at the camping hubs that all wristband holders can attend.

In addition, the music gets going a little later in the day, leaving room for late-night sets from acts like Passion Pit, Zedd and Kygo.

Other new additions include The Bazaar, which houses both the Central Market for vendors to sell their wares, and The Roost for all things music, comedy and karaoke.

Foodies can even purchase passes to the Woodlands Supper Club, which features a gourmet tasting menu by Philadelphia chef Alex Garfinkel.

Check out all the fun things you can see and do this weekend, including the full lineup and ticket prices, at fireflyfestival.com.