Don Coscarelli, director of "Phantasm," "Beastmaster," "John Dies at the End" and more, has been creating classic cult films for more than 40 years. He talked with WTOP about his new memoir, decades in the moviemaking trenches, how Hollywood is poisoned and staying independent.
Listen now to WTOP News WTOP.com | Alexa | Google Home | WTOP App | 103.5 FM
(1/22) 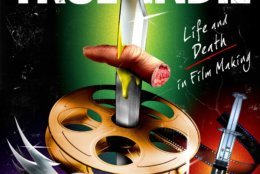 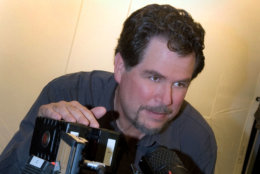 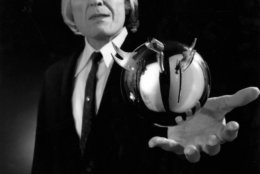 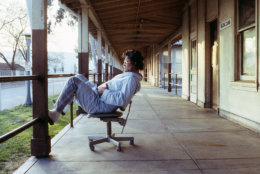 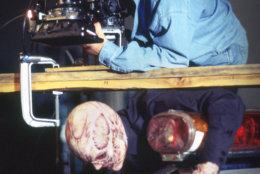 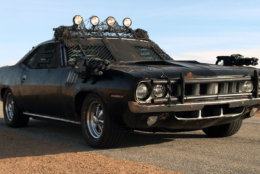 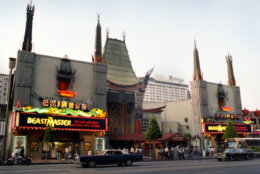 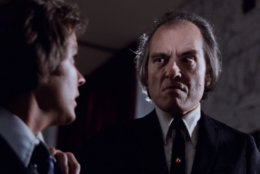 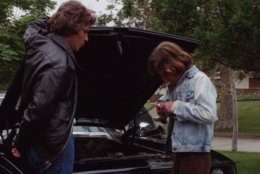 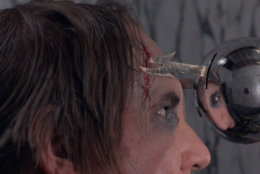 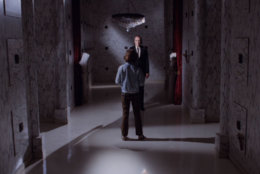 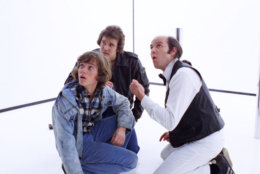 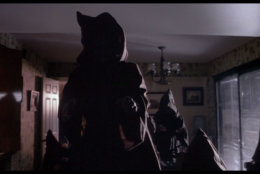 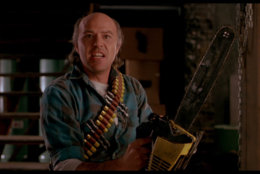 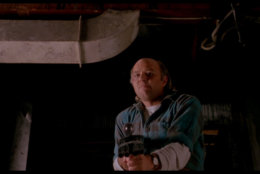 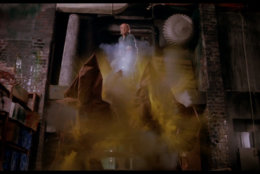 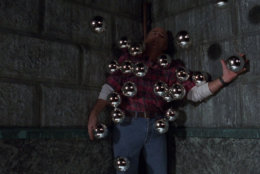 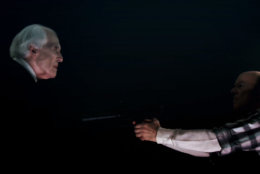 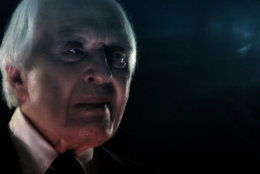 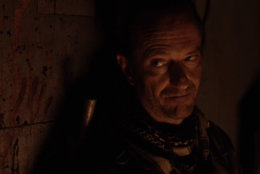 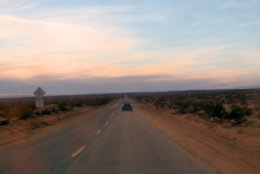 WASHINGTON — The landscape of horror is always in flux because horror, more than any other genre, is the lens through which humanity is inspected.

But death, fear of the unknown and cosmic terror are always prevalent — albeit in varying quantities.

Readers should note that all of those flicks were made independently, by way of private financing.

The exception on that list is “The Thing,” though it could be argued that the film at least has the independent spirit, despite studio backing, given how utterly insane it is (WARNING: Graphic and contains spoilers), and how little Universal seemed to understand the property.

Independents have always been, and will always be, at the bleeding edge of creativity because there are no restraints. There is nobody telling them what they can and cannot do.

But when it works, it really works. And it changes things forever.

No independent filmmaker stands taller than horror movie maestro Don Coscarelli (that’s figuratively and literally — the guy is 6-foot-4), who has been creating cult flick phenomena for more than 40 years.

Coscarelli’s impact has been so vast that you’ve probably seen the effects of his work without knowing it — especially if you’re a fan of the long-running show ‘Supernatural.’

And Disney favorite J.J. Abrams has made no secret of his love for Coscarelli’s tour de nightmare “Phantasm.” Captain Phasma from the new Star Wars flicks is a direct result of the deadly sphere from that horror franchise, and Abrams led restoration efforts for the 4K version of “Phantasm.”

Now, with the release of his new memoir “True Indie” from St. Martin’s Press and a screening of the restored “Phantasm” at AFI Silver Spring, Coscarelli talked with WTOP about his book, decades in the moviemaking trenches, the “Phantasm” series, how Hollywood is poisoned and staying independent.

Coscarelli started working on his memoir after conversations with an editor at St. Martin’s Press, while working on promotions for his film version of Jason Pargin’s “John Dies at the End.”

But there were other considerations as well, like the recent deaths of horror icons George Romero, Tobe Hooper and Angus Scrimm — with whom Coscarelli worked extensively.

“I wish I could read their memoirs, truthfully,” Coscarelli told WTOP.

“I’ve known some other very well-respected — or ones that I respected — horror directors who recently passed on … and none of these guys put their career down on paper,” he said. “And it got me thinking.”

He was further encouraged by an editor at St. Martin’s Press.

“So all of this was going around in my head and I decided it might be interesting,” Coscarelli said. “So I sat down and started putting it down on paper and pretty soon I had a 345-page book.”

So what has poisoned Hollywood’s well?

“Well, it’s a number of factors. There’s a pursuit of profit above and beyond anything,” he said. “Films, by nature, each one is an individual project — and product. And when you’re trying to go out and put together a slate, a commodity, of films, with each one being individual, the only real answer … [to] how the moneymen have found to make money is imitation.”

“They find something interesting, original and genuine, and it does well, and then … how do they make another one of those. What they do is they go and they try to imitate. They try to make another and a sequel and what have you,” Coscarelli said.

“Imitation is much like incest. It pollutes the bloodline and slowly the concepts degrade over time.”

Remember when Japanese horror was all the rage?

“Those early films were terrific,” Coscarelli said, but then they started pumping them out too fast, and every villain was a pale woman with hair hanging in her face.

“It’s supposed to be scary and you get to the point where you’re gonna scream if you see another one but it’s not because you’re afraid, it’s because you’re so sick of the imitation.”

That doesn’t mean the studios are incapable of making great horror films. Coscarelli pointed out that one of the all-time bests is still Steven Spielberg’s “Jaws” (1975).

“That pushed all the right buttons,” he told WTOP.

And he noted that there are plenty of independent filmmakers rising to prominence and producing great work all the time.

“We all have the ability, with our cellphone, to make feature-level quality films,” Coscarelli said. “The tools are all on the desktop. But the access to the audience, especially from a feature film point of view, is getting tougher and tougher. So … not exactly sanguine about the future of the business, to tell you the truth.”

Would an independent juggernaut like Coscarelli ever consider working within the studio system for a future project?

“One of the challenges I’ve always had in working with producers and studios is that I get a vision for what I want to see, what I want to make — it might just be an idea or imagery or whatever — but I just can’t … if somebody dictates to me what it’s supposed to be, and I don’t understand what it is … I just can’t do that,” Coscarelli told WTOP.

Instead, he’s usually working to develop his own projects, scripts and screenplays, then finding funding for them.

“That’s kind of the way it’s always been with Don and I,” frequent “Phantasm” star and musician Reggie Bannister told WTOP. “We get ideas and just develop them. He writes scripts and he allows me to really jam on my characters. Which is a lot of fun. It’s like music — jamming with some really good players.”

Never was that more literally evident than the “Phantasm” films, where hero Reggie Bannister would regularly break out an acoustic guitar and play some tunes before and after battle with the forces of evil.

“That was another thing that Don dug,” Bannister said. “He liked my music.”

While Coscarelli is hopeful on progress and has several cinematic adventures in negotiation, he couldn’t tell WTOP what they were.

“You’re welcome to ask but I’m not at liberty to discuss,” Coscarelli said with a laugh.

When asked about his legacy, and what impact he thinks he’s had on film and horror, Coscarelli demurred.

“I don’t know if it’s my place to analyze myself. … I’ve just been moving from one steppingstone to another through my life,” he said.

Scrimm is best known as The Tall Man in the “Phantasm” films. And like Reggie Bannister, he was a regular teammate of Coscarelli’s.

“Angus had a huge impact on me,” Coscarelli said.

Scrimm was the first adult actor Coscarelli ever directed when Coscarelli made his first feature at age 18, “Jim, the World’s Greatest,” which was released in 1976. (Bannister was also in the film.)

Scrimm was about 40 at the time.

But it was Scrimm’s turn as The Tall Man in the “Phantasm” series that terrified audiences as well as endeared him to them.

“Angus created something in this character The Tall Man, which had an amazing impact on fans worldwide,” Coscarelli said. “There was a dark side of his soul that he was able to conjure up.”

Scrimm was feared and loved.

“The thing that I found most fascinating was … I would go to these horror conventions with Angus, and he would be swarmed by fans, and all they wanted to do was hug him and pinch him and kiss him,” Coscarelli said.

Scrimm was a genuinely sweet man with a big heart. “He really cared about the fans,” Coscarelli said.

Clearly, so does Coscarelli.

There’s more (so much more) that we didn’t get the chance to write about here. Listen below to the full interviews with Don Coscarelli and Reggie Bannister.

To dig deeper into Coscarelli’s life, and sample more memories like these, pick up “True Indie,” which is available now. And join Coscarelli for a screening of the 4K restoration of “Phantasm” plus Q&A at AFI Silver Spring Oct. 4. The “Phantasm” screening kicks off AFI’s 13th annual Spooky Movie International Horror Film Festival. (A spokesperson with AFI assured WTOP the line up is “killer” — pun intended.)

You can also check out Bannister’s band on Facebook. 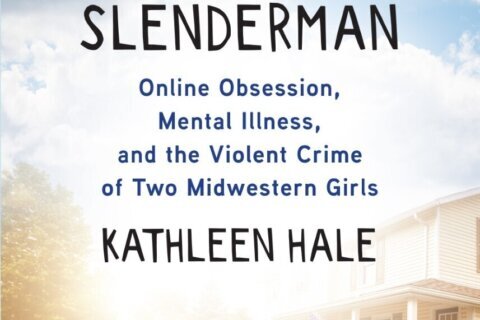