EDITOR’S NOTE: The following interview was conducted in 2017.

In 1999, filmmakers ventured into the woods of Burkittsville, Maryland, to shoot a low-budget horror flick that became one of the most profitable films of all time.

This Friday, “The Blair Witch Project” (1999) celebrates its 20th anniversary with a special Q&A and screening at the Weinberg Center in Frederick, Maryland.

“It was very much an experiment that just happened to work,” co-director Eduardo Sánchez told WTOP. “We knew we were doing something special, at least production wise. We knew, ‘Man, people do not make movies like this.’ … All of us involved feel like we definitely had a good idea and we executed it properly, but the rest of it was just kind of the planets aligning.”

The screening will feature a red carpet and Q&A with Sánchez alongside actor Mike Williams, sound designer Tony Cora and producer Michael Monello.

One of the more underrated crew members was co-director Daniel Myrick’s wife Julia, who embraced the role of “history fabricator.” It was she who spearheaded the myth-building of the Blair Witch urban legend, planting fake stories on the internet, handing out “missing person” fliers and listing the actors as “missing” or “deceased” in the end credits.

“The whole premise of the movie was that this person Heather was obsessed with the Blair Witch mythology,” Sánchez said. “So, we were like, ‘We’re gonna have to create this mythology just for the actress [to] become an expert in the Blair Witch,’ which we were inventing.”

What exactly was the urban legend they invented?

“Basically, there was a township called Blair back in the 1700s,” Sánchez said. “They accused a woman, Elly Kedward, of being a witch, [so] they took her to the woods during a harsh winter, tied her to a tree and they thought she had frozen to death. … The town was cursed, the township of Blair was abandoned [and] the town of Burkittsville was built on the site of Blair. Of course, that’s not true — Burkittsville is an actual town, but it wasn’t built on this site.”

Blurring fact and fiction like “The Texas Chain Saw Massacre” (1974) a generation earlier, “The Blair Witch Project” introduces a trio of student filmmakers, Heather Donahue, Joshua Leonard and Michael Williams, who visit the woods to document the Blair Witch curse. As they meet their demise, audiences are lead to believe we’re watching posthumous found footage.

While the filmmakers launched a grassroots marketing campaign behind the scenes, the legend is doled out on screen by a series of staged interviews with the local townspeople, including a young girl who is so spooked that she repeatedly covers her mother’s mouth.

“That was a complete happy accident,” Sánchez said. “This woman came out of nowhere and the kid acted perfectly! … We had an event called ‘The Blair Witch Experience’ [at] Seneca Creek Park [and] invited both of the women — the little girl is now grown. It was the first time I’d ever met them [and] I said, ‘Thank you so much for doing whatever you did!'”

As the actors entered the woods, they were given cameras to film shaky handheld shots in a cinema verite style, improvising dialogue from a 35-page script outline and told to wave to the filmmakers at various stopping points.

“We basically gave them directing notes that they couldn’t show each other, [so] Dan and I could surgically plant things as they moved along,” Sánchez said. “We gave them notes three or four times a day. In the notes was not only character stuff but also logistical stuff, like you need to get Wave Point 3 by this time. They had GPS to navigate their way through the park.”

What did Myrick and Sánchez do in the meantime?

“A lot of times we were just at Chi-Chi’s eating,” Sánchez joked. “It was actually a really hectic schedule. … We would go out and set everything up for them. We played the Blair Witch, we did all the noises at night, we built the rock piles outside the house, all that stuff. We just managed them. It was like a 24-hour play a day that lasted for about a week. Luckily for us, we cast the right people and they just dialed it up and just turned in these classic performances.”

The entire film builds toward a climatic scene at an abandoned house in the woods, where Mike creepily stands facing the corner before Heather’s camera is knocked to the ground.

“When we shot the movie, we had no idea why Mike was standing in the corner,” Sánchez said. “We were flying by the seat of our pants. We just came up with that ending like two days before we had to shoot it like, ‘Just stand in the corner, we’ll come up with a reason later.'”

It was only after the Sundance screening that the filmmakers added some subtle exposition, having an interview subject recount the back story of a killer making kids stand in the corner.

“That interview [was] not in the original Sundance cut,” Sánchez said. “Throughout editing the movie and building the website, we fleshed out the story of Rustin Parr, a serial killer in the ’40s who made one kid stand in the corner while he killed the other. We were like, ‘Man, let’s go back to Maryland and shoot more interviews!’ … We inserted them and nobody noticed.”

Speaking of Sundance, the reaction was overwhelming. The filmmakers’ production company Haxan Films successfully sold the movie for distribution by Artisan Entertainment, while festival movie screens rapidly sold out to the point that they had to add an extra screening.

“It was a crazy ride,” Sánchez said. “It was very stressful until we sold the movie. Once we sold the movie, [it was] the relief of, ‘Holy crap, we sold a movie at Sundance!’ It was like this relief for us after many years of crazy work. I had been broke until that moment really. … We were really broke, man. They were cutting off our electricity and stuff. That’s how broke we were.”

That all changed after the movie hit multiplexes, joining “The Sixth Sense” and “The Matrix” as one of the Top 10 grossers of 1999. Costing just $60,000 and grossing $248 million — a ratio of $1 spent for every $10,931 earned — “Blair Witch” entered the Guinness Book of World Records for “Top Budget to Box Office Ratio” for a mainstream feature. It also earned acclaim, winning the Independent Spirit John Cassavetes Award and earning 4 stars from Roger Ebert.

“Sundance was the beginning of a public barrage; the cover of Time magazine, cover of Newsweek, being on every show, the media frenzy,” Sánchez said. “I met Roger Ebert, he shook my hand, he had a little mayonnaise on his hand. … It was Roger Ebert, one of my heroes! He interviewed us later at Cannes and was just this film geek. He loved the story of us coming out of nowhere from Maryland, making this movie for nothing and experimenting.”

Not only did “Blair Witch” spawn two sequels, its unique approach pioneered the “found footage” subgenre, sparking imitators like “Paranormal Activity” (2007) and “V/H/S” (2012). In fact, Sánchez himself directed the zombie episode of “V/H/S 2” (2013) in Frederick, Maryland.

After directing a string of indie horror flicks, Sánchez has since pivoted into directing for television, including episodes of “Supernatural” on the WB network and “Lucifer” on Fox.

“We’re doing the TV thing now, man,” Sánchez said. “It’s much more lucrative, there’s more work and I’m really enjoying myself just working with new crews and also just having the long form of television. In movies, you’re obviously limited to an hour and a half or two hours at the most, but in television you can really stretch stories out and really examine characters.”

Between film and TV, he remains nothing but grateful for that little indie in Burkittsville.

“As long as people want to talk about ‘Blair Witch,’ I will talk about it, I’ll never be sick of it,” he said. “Just to be in this position where 20 years later … people are still interested in this movie that we never thought anybody other than our parents and friends were going to see, that’s the thing that I’m most proud of.”

Click here for more details. Listen to our full chat with Eduardo Sánchez below. Note: This interview was conducted in 2017 when the film was honored at the Library of Congress. 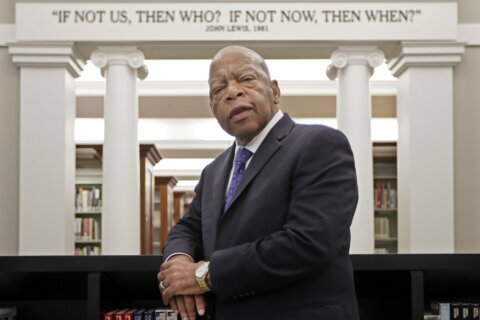