SAN DIEGO — Much as the swallows return to Capistrano every March here in Southern California, July marks yet another form of migration — when more than 130,000 followers of pop culture flock to the San Diego Convention Center for the annual event known as Comic-Con. 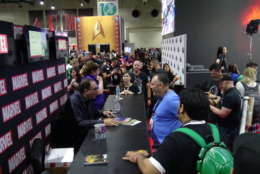 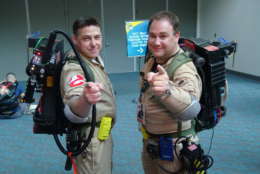 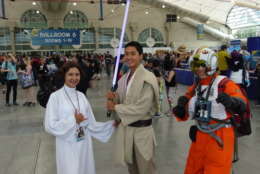 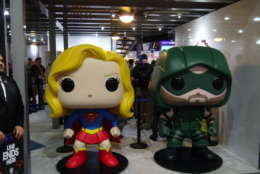 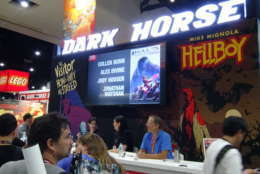 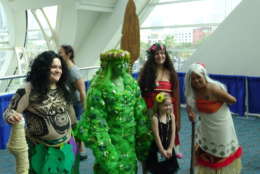 For four days, fans — who proudly call themselves nerds, geeks and passionate followers of fandom — gather to celebrate all things comic, sci-fi, action, adventure and fantasy.

Comic-Con is widely known for its star-studded celebrity panels and the event where studios revel in their current hits, unveil broadcast news and season schedules and make major announcements of interest to their ever-expanding legion of followers.

But Comic-Con is a true celebration of the comic industry — all it has been, all it is now and all that it will become. Writers, artists, illustrators and pencilers from well-known brands — such as Marvel, DC, Dark Horse, Image and IDW — mix and mingle with small, emerging publishers, as well as developing independents fondly referred to as “small press.”

But clearly, the industry has already moved far beyond those lazy summer afternoons essentially defined by a cold glass of lemonade and a stack of freshly purchased comics. Practically every major movie and TV studio — from Disney, Warner Bros. and 20th Century Fox to MGM, Universal and United Artists — releases movies and television shows, the roots of which were formed in comics. Superman, Batman, Wonder Woman, Spiderman, Iron Man and the X-Men are barely the tip of the iceberg of a genre that — at least here at Comic-Con — has become an ever bigger and more powerful element as the books.

“Movies have allowed people who may not be comic book fans, initially, to discover stories that will hopefully inspire them to explore the characters and their legends even further through comics,” said Megan Connor, spokesperson for Dark Horse Comics, which published “The Mask” and “Hellboy” series that were adapted to films.

“The idea is that films and TV shows often serve as a complement to the comics, allowing fan bases to grow beyond their core interests. The combination of comics and visual media, in that way, really fosters cross-pollination between the two,” Connor said.

“I love seeing my comic book heroes come to life through movies and TV shows,” said 53-year-old Sally Jensen of Glendale, Arizona, attending her fifth Comic-Con. A self-proclaimed “old-time comic book junkie,” she was at first skeptical when Christopher Reeve first appeared as Superman in 1978, but after that initial level of uncertainty, she was quickly hooked. “Now, I love seeing how the studios interpret these legends.”

And let’s not forget video games, a genre that allows users to interactively role-play with their heroes and heroines. Konami, Capcom, Nintendo, Ubisoft and Xbox were among entertainment software publishers and platforms showcasing their takes on superheroes.

There’s something for everybody here at Comic-Con. While the panels and presentations provide insights and behind-the-scenes anecdotes for the video iterations of each tale, dozens of vendor booths inside the massive Comic-Con exhibition hall deliver other more tangible and physical version of the final product, ranging from posters, artwork, figurines, games, clothing, toys and collectibles to the comic books themselves.