BOISE, Idaho (AP) — Ethan Chapin’s last day was spent with his siblings, dressed up and dancing.

Chapin — one of four University of Idaho students stabbed to death last weekend, the police still searching for a killer — was a triplet. His brother and sister also attend the scenic state school tucked away in the rolling hills of north-central Idaho.

“He was our our daughter Maizie’s date, and his brother was Maizie’s roommates date,” Chapin’s mother, Stacy Chapin, said in an interview Wednesday. The group was attending a dance hosted by Maizie’s sorority. “They all spent their last day together, all dressed up, and had a great time. We’re all thankful that they spent that time together.”

Ethan Chapin captured photos of the event on his phone, but the family has yet to see them. The device is being held by law enforcement as potential evidence in the homicide investigation.

Chances are, the photos will show the waves in his dark hair and the dimple that emerges when he smiles. What they won’t show is Ethan’s knack for making people laugh, or that he never cared what restaurant the family was headed to, so long as they were going there together.

“He could read any situation and make it better,” Stacy Chapin said. “He was just so carefree.”

Ethan, a 20-year-old member of the Sigma Chi fraternity who loved sports, was dating 20-year-old Xana Kernodle, a junior who was majoring in marketing and a member of the Pi Beta Phi sorority. Both were killed in the violent attack Sunday, stabbed by a killer or killers inside Kernodle’s rental home, which was steps away from the university campus.

Two of Kernodle’s roommates and friends, 21-year-old Madison Mogen and 21-year-old Kaylee Goncalves, were also killed in the attack. The four students’ bodies were discovered hours later, and police have yet to find a suspect or a murder weapon.

Kernodle was lighthearted — the kind of person who always lifted up a room, her older sister Jazzmin Kernodle said.

“You rarely get to meet someone like Xana,” her sister said via text message. “She was so positive, funny and was loved by everyone who met her.”

Xana Kernodle went to high school in the scenic northern Idaho city of Post Falls. For her graduation in 2020, she decorated her mortarboard with flower and butterfly cut-outs and the words, “For The Lives That I Will Change.”

During a candlelight vigil in northern Idaho on Wednesday, one of her high school friends, Garrett Sciortino, was overwhelmed by emotion. But he couldn’t help but laugh when recounting stories about their time together, the Coeur d’Alene Press reported.

Mogen was also a member of the Pi Beta Phi sorority. She and Kernodle both had jobs at the Mad Greek restaurant in downtown Moscow.

Ethan Chapin and Xana Kernodle were friends before they began dating, his mother said. By this summer, Kernodle was spending time with the entire Chapin family.

Mogen and Goncalves grew up together in northern Idaho, such close friends that they were practically sisters. Goncalves chronicled some of their history in an Instagram post celebrating Mogen’s 21st birthday in May.

Pictures of the pair as tweens making silly faces for the camera, wearing matching navy-and-khaki school-style uniforms and carefully laced sneakers, and side-by-side in high school graduation gowns were accompanied with a heartfelt caption.

“I wouldn’t have wanted anyone else to be the main character in all my childhood stories,” Goncalves wrote.

“I love you more than life! My best friend forever and more,” Mogen replied, adding a heart emoji.

Mogen, a marketing major, was using those skills to run a social media campaign for the Greek restaurant where she worked. She loved the color pink and planned to move to Boise after graduating this spring, family friend Jessie Frost told The Idaho Statesman.

Goncalves, who had joined the Alpha Phi sorority and was a senior majoring in general studies, also had big plans. She’d recently bought a 2016 Range Rover, planned a trip to Europe next year, and expected to move to Texas after graduation, her sister Alivea Goncalves told NBC’s “Today” show.

“She had everything going for her, absolutely everything,” her sister said. “She had her job lined up. She had worked really hard for it.”

Along with photos, Mogen collected quotes on her Instagram page.

“It’s not all sunshine and rainbows, but a good amount of it actually is,” read one brightly colored post. For now, friends and family are trying to find refuge in the light they left behind.

Talking about Ethan Chapin, memorializing him in conversation, has been cathartic, his mother said, during a time when complete strangers have been spreading speculation and conjecture about the family’s greatest tragedy. Shortly after learning of the murders, the family escaped to the privacy of a vacation home for a time.

“We realized yesterday morning, watching information about our son being posted that didn’t come from us personally, that the greatest gift we could do for our son in this moment is be his voice,” Stacy Chapin said.

As the Chapins drove home, they braced themselves for what lay ahead: The funeral planning, the interminable wait for answers. The uniquely difficult burden of holding their own, unfathomable loss inside a community that is also grieving.

“We can’t go back and change the outcome. We really have to focus on just memorializing our own son,” said Stacy Chapin. “We’re grieving as a family, but I can see so many hurt kids, like the fraternity which has all these kids flying in for the funeral.

“I have continually tried to remind Maizie and Hunter that we are grieving, but we have to be aware of everybody else who needs to grieve this as well,” she explained. 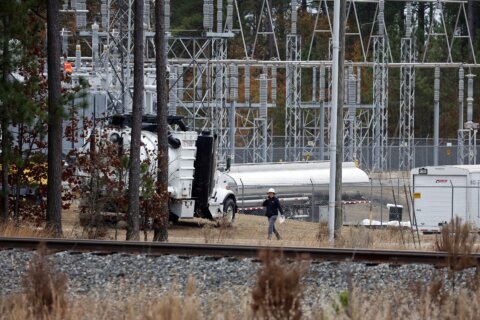