When Phyllis Glink took a job at the Irving Harris Foundation 26 years ago, “we were by far the biggest…
Listen now to WTOP News WTOP.com | Alexa | Google Home | WTOP App | 103.5 FM

When Phyllis Glink took a job at the Irving Harris Foundation 26 years ago, “we were by far the biggest funders in early childhood because there weren’t that many of us,” she recalls.

A group of maybe a dozen foundations interested in early-childhood issues would sometimes gather informally to talk about their work.

A lot has changed since then. Glink now leads the Irving Harris Foundation, which, while still giving millions of dollars in early-childhood grants each year, is no longer the biggest donor on the scene. The Early Childhood Funders Collaborative counts nearly 60 national, state, and local foundations as members.

While grantmakers have historically put more resources into elementary and secondary education than early childhood, support for the youngest learners is on the rise. From 2006 to 2013, foundations over all gave at least $4.6 billion to support early-childhood education, according to data from Candid. From 2014 to 2021, that sum grew to $7.1 billion.

Grantmakers now support the child-care and educator workforce through the Early Educator Investment Collaborative and home-based child-care providers through Home Grown. Collaboratives, including Blue Meridian and Pediatrics Supporting Parents, have zeroed in on well-child appointments in the pediatrician’s office as a key moment to support healthy social and emotional development. Dozens of foundations have pooled their resources through organizations such as Alliance for Early Success and the First Five Years Fund, advocacy groups working to get more government funding at the state and federal levels.

This coming together is part of a larger trend. Research from the Bridgespan Group found that the pace of establishing pooled grantmaking funds of all kinds has accelerated in recent years, and their giving potential could be exponentially greater. A 2021 survey of 97 pooled funds estimated their grantmaking totaled $2 billion to $3 billion in 2020. Collectively, they estimated that they could distribute up to $15 billion a year with minimal growth in current staffing.

One of the reasons there has been so much collaboration among early-childhood donors? The size of the challenge is massive, says Shannon Rudisill, executive director of the Early Childhood Funders Collaborative, which operates a pooled fund to support grassroots groups that advocate for more quality education and care for all youngsters.

“In this country, we have chosen not to prioritize or invest in this. We don’t have paid family leave for people when they have babies. We don’t have economic supports for families when they’re young. We don’t have adequate child care when it’s time to go to work,” Rudisill says. “We are woefully undercommitted to a public system of support for young kids and families.”

For that reason, she says, “what any one funder can do is going to have some limits.”

Working together might range from multimillion-dollar grantmaking efforts and pooled funds to less structured arrangements where funders come together to learn.

The eight foundations involved in the Early Educator Investment Collaborative, for example, are working to reimagine the system of teacher qualifications and preparation in a way that supports and builds on its existing diversity. The early-education work force is predominantly female and disproportionately women of color. The average hourly wage is just $14.

The collaborative has funded research that examines how systemic racism in the United States has influenced early-childhood education policy, with a particular focus on improving workforce stability and educator pay.

It has also made seven grants totaling $11.3 million to colleges and universities, with a focus on those that serve marginalized populations or that partner with two-year community colleges, to help them strengthen programs that prepare early-childhood teachers. Among other things, grantees are revising curricula to offer certificates in multiple languages and trying skills assessments focused on observing educators’ competency in the classroom as opposed to only using proficiency tests.

“When you do an individual grant, you have to pick one aspect of that big problem and address it. But collectively, if we can get six to eight institutions of higher education to be successful in developing these kinds of programs, that begins to have an influence on the field of higher education and the early-childhood world,” says Jessie Rasmussen, president of the Buffett Early Childhood Fund, a member of Early Educator Investment Collaborative. “That’s the beauty of coming together.”

A couple of groups of donors have set their sights on the pediatrician’s office as a key place to connect with nearly every child.

Pediatrics Supporting Parents — made up of the W.K. Kellogg Foundation, the Einhorn Collaborative, the David and Lucile Packard Foundation, the Conrad N. Hilton Foundation, the Overdeck Family Foundation, and the Perigee Fund — aims to nurture children’s social and emotional development by improving the quality of the doctor’s appointments over the first three years of a child’s life.

The group, founded in 2017, spent three years identifying a set of successful practices — such as providing ongoing physician training and helping build parents’ confidence through feedback that affirms positive interactions with their child.

The foundations created a donor-advised fund for joint grant making that will apply the common practices in several regions. They’ve also written policy papers detailing how Medicaid and the Children’s Health Insurance Program — which provide health insurance for nearly half of children under age 3 — could finance care that’s more supportive of a child’s development.

One effort the collaborative supports, the HealthySteps program — part of the nonprofit Zero to Three — which places early-childhood-development specialists in pediatric primary care practices. The specialists join routine appointments to help answer parents’ questions, conduct developmental and mental health screenings, and help tell families about other resources. The goal is to ensure that young children reach important early developmental and social-emotional milestones.

HealthySteps got its start 26 years ago when New York philanthropist Bernard Levy gave $25,000 to Zero to Three. The program was tried in a few locations around the country. But while parents and pediatricians said they loved it, and external evaluations offered evidence of the program’s positive impact on early learning and development, the idea did not attract government funding.

Now interest in helping parents and others in the first three years of a child’s life has begun to accelerate and the program is gaining support. As a result of a major cash infusion from the donor collaborative Blue Meridian, which is made up of the Edna McConnell Clark Foundation, the Duke Endowment, and others, the program has been able to expand significantly in recent years.

In 2018, Blue Meridian gave $39 million to HealthySteps. And earlier this year the collaborative, which now counts MacKenzie Scott and the Valhalla and Zoom foundations among its members, announced an additional $46.5 million investment to expand the program’s reach over the next five years.

Today, HealthySteps reaches more than 300,000 babies and young children in 200-plus pediatric offices in 25 states. Matthew Melmed, who leads Zero to Three, says the program is on track to serve 1 million babies a year by 2032.

There are many places where grantmakers can help improve the lives of young children, says Glink, of the Irving Harris Foundation. Whether their point of entry is through health care, workforce development, direct service, or state education policy, wherever foundations put their resources, she says, they should know who is working beside them so that they can collaborate effectively.

Changing the systems that support kids, she says, requires “figuring out how to knit and weave what we’re doing together.” 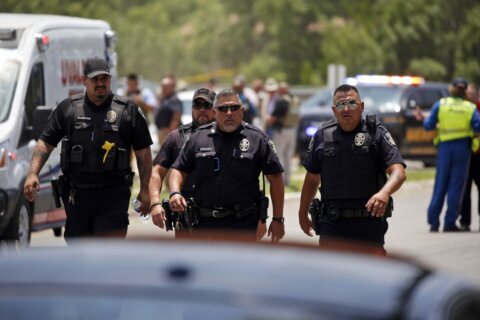