COLUMBIA, S.C. (AP) — South Carolina’s governor has quietly signed into law a bill that would ban transgender students from playing girls’ or women’s sports in public schools and colleges as the state joins about a dozen others that have passed similar laws in the past two years.

The bill was one of 43 acts Gov. Henry McMaster signed into law Monday with no fanfare or ceremony. McMaster posted on Twitter the day after that he was proud to enact the proposal to protect young men and women.

Just before the Republican-dominated General Assembly passed the proposal earlier this month, McMaster said “I think the girls ought to play girls and the boys ought to play boys. That’s the way we’ve always done it.”

When asked if he meant biological boys, the Republican governor responded “are there any other kind?”

The law requires transgender students to compete with the “biological sex” listed on their birth certificates “filed at or near the time” of birth.

Supporters of a ban warn that in a rapidly changing society transgender girls would have an unfair biological advantage from having been born stronger males. They suggest girl winners’ podiums and MVP awards could be taken over by transgender athletes to the detriment of sports in places like South Carolina where it is a vital part of school life.

Opponents of the bill said it is a cruel idea, singling out students who are not elite athletes but are just looking for a way to be a regular student, hanging out with friends and learning life lessons through competition.

“Transgender youth are not a threat to fairness in sports, and this law now needlessly stigmatizes young people who are simply trying to navigate their adolescence, make friends, and build skills like teamwork and leadership, winning and losing,” said Ivy Hill a leader of a coalition of more than 30 groups committed to LGBTQ equality.

South Carolina is the latest place to join a growing group of mostly conservative states requiring transgender students to compete with the gender listed on their birth certificates. Governors in Oklahoma and Arizona signed their laws at the end of March and Tennessee’s governor signed a bill earlier this month.

The idea began emerging in legislatures about two years ago. Idaho passed the first of such legislation in 2020. Its law and a similar law in West Virginia have both been blocked by courts.

“We welcome South Carolina to the growing number of states that have acted to preserve fair competition for all females, whether in grade school or college. When the law ignores biological differences, it’s women and girls who bear the brunt of the harm,” alliance attorney Christiana Kiefer said in a statement.

In South Carolina, the High School League currently handles questions of whether a student should compete on boys or girls teams on a case-by-case basis and has dealt with less than a half-dozen cases in five years.

Research on children who identify as transgender is just beginning. A study released earlier this month online in Pediatrics found children who begin identifying as transgender at a young age tend to retain that identity at least for several years. But the study dealt mostly with children from white, high-income families who supported their transitions.

South Carolina lawmakers have yet to take up proposals passed in other conservative states like Texas, where Gov. Gregg Abbott has directed state agencies to consider placing transgender children in foster care or measures prohibiting gender-affirming health care treatments for transgender youth. 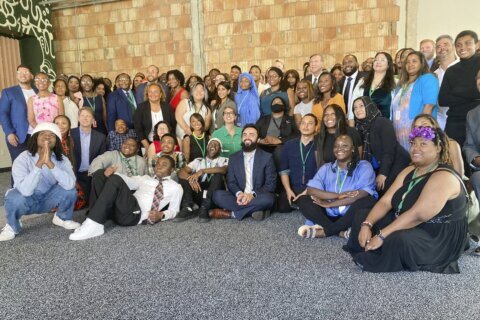